Designers of transport and distribution packaging have known for years that the economics of such designs rest on a knife’s edge: Too much packaging and you’re wasting money.

David Newcorn
These sample charts show actual package handling data for a package shipped from the 78727 ZIP code to the 94536 ZIP code, givin

Too little and damages begin to mount.

The only sure way to know how much packaging is just enough is to send a number of test packages containing expensive data recorders through FedEx, UPS or other real-world carriers and then analyze the resulting data. That’s a data collecting/analysis project that’s beyond the resources of any single company.

Where does the data come from? SafeShip conducts about 1ꯠ test shipments per month through small-parcel carriers such as FedEx, UPS, USPS and Airborne Express, according to CEO Greg Hoshal, and has been doing so since June 2000. Inside each anonymous test package is a high-end transit data recorder from IST. That company, of which Hoshal is also president, has supplied such data recorders to packaging engineers for years.

After each trip, raw data from the recorder are automatically extracted, analyzed and fed into SafeShip’s ever-growing database. Hoshal says the number of trips now contained in the database numbers in the “thousands,” though he prefers not to release a specific number. The company has filed multiple patents on its data collection, analysis and dissemination process.

Obviously, enough repeat trips have to be made through the same routes to permit the users of these data to reliably compare carriers and modes. Hoshal is cagey about releasing what this number is. “We had to spend lots of money to find out the answer to that question,” he says. When pressed, he gave a range of anywhere from 20 to 100 trips.

What about accounting for variations in package size? SafeShip handles this by shipping test packages with three different size/weight combinations:

However, according to Hoshal, “with the numbers we’re currently seeing, there’s not that much variation [in package handling quality] among the package sizes.”

The company also found that because most carriers use regional hubs, there’s not much variation in the origination or destination zip codes that feed into that hub. Hoshal explains: “Even if you ship from a thousand different zip codes in a certain region, chances are the package will go through the same hub, so the data will be similar.”

Since SafeShip is in the business of selling data, it claims it has taken a number of steps to ensure that its data and methods are sound. Especially since its data will allow packagers to compare, for the first time, the quality of the shipping environment for different carriers. The company claims all its measurements are certified for accuracy and traceable to the National Institute of Standards and Technology (NIST). As of December 2000, the company is ISO 9002 certified. “We’re publishing data on multi-billion-dollar [carriers],” says Hoshal, “so it’s got to be right.”

Though SafeShip offers multiple products and services to packagers, carriers and even consumers, its SafeDesign service will be of most use to designers of distribution packaging. This service permits users to obtain engineering-level data such as drop heights, vibration exposure, temperature, humidity, atmospheric pressure and other transit factors, based upon package size and weight, carrier, mode and source/destination of shipment. These data are entirely Web-based, and require no special software. Transport packaging designers can use the data to either slim down their packs without sacrificing cushioning quality, or beef them up to reduce the potential for damages.

Another service that SafeShip offers is SafeStats, which consists of easy-to-use measurements the firm calls Quality Measures. Designed for those who aren’t transport package design engineers, each of the 12 Quality Measures—for items like total number of bumps, single largest bump, cumulative energy measure of the three largest bumps, etc.—are computed by formulas that use the raw data from the continuously updated SafeShip database. These Quality Measures make it easy to compare a given route for a given package size across carriers.

Users can buy monthly subscription packages to SafeDesign and SafeStats that run from $2ꯠ to $10ꯠ per month, depending on the company size, number of shipments made, and quantity of data sought. It would be nice if the company offered short-term, 1- or 3-month subscriptions that could be used for one-time package redesigns.

Users can also purchase access to much simpler data on a per-use basis with the company’s SafeShip It! service. You simply choose from a menu the category of product (computers, electronics, glassware, furniture, perishables, artwork, etc.), the size of the box and the source and destination zip code. The system then returns a list of carriers and their relative quality, which can range from 1 (the least safe) to 5 (the safest). You can pay $1.50 for a single query, or you can buy a bank of queries ranging from $19.95 for 20 queries up to $99.95 for 125 queries.

While the monthly subscription fees may seem steep, if the data are used to redesign a pack that saves $100ꯠ per year in packaging materials costs, it can pay for itself many times over. Similarly, a user may find that the same package on the same route shipped via another carrier—or even the same carrier but by a different mode—can result in a safe ride, thus reducing damages without even touching the package design.

As I mentioned last month in this column, I’m partial to Web sites that put time and resources into the data first, the site second. SafeShip clearly fits this description. The flashiest Web technology in the world won’t rescue a poorly conceived site or a one with spotty data. True, Safeship is promising a lot. But from what I can tell, the company appears to deliver. 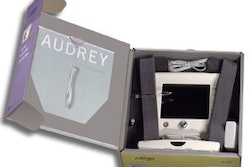 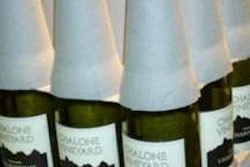 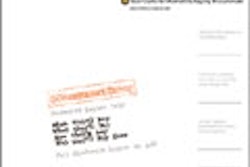