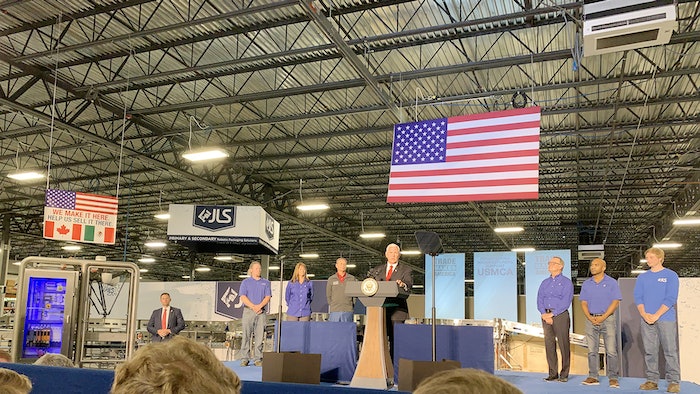 Craig Souser, JLS president and CEO says he supports the deal since a significant part of the company’s success comes from the Canadian food market. However, he believes trade agreement changes are needed. “We believe we have only scratched the surface in Canada with our equipment offerings,” says Souser. “We need Congress to level the playing field, we will take care of the rest.”

USMCA was signed by leaders in November 2018, and all three countries have yet to ratify the agreement. See the video.

Ebb-brand dissolvable THC powder is packaged in an earth-friendly, child-resistant paperboard tube with simple yet colorful graphics that let the product speak for itself.
Anne Marie Mohan
Aug 4th, 2021
More in Package Design