Amid Beer Sticker Craze, Can Labels Become the Sticker

A peel-off brewery sticker is affixed to every can, making each label a durable, collectible keepsake, and improving the cans' recyclability.

Whetstone Station Brewery in Brattleboro, Vt. recently rebranded to Whetstone Beer Co. In doing so, it reimagined its packaging with respect for the environment by way of fully recyclable cans, and added labels with a surprise inside: a keepsake peel-off sticker on every can.

“We spend a lot on printing custom can labels, which nearly always just end up in a recycle bin,” co-owner Tim Brady says. Depending on the material recovery facility (MRF) or label material/adhesive, on-can labels can be tricky to remove from the cans for full aluminum recyclability.

“I thought, there has to be a way to make the label useful beyond simply showcasing the beer on the shelf. Now when you purchase any of our Whetstone Beer Co. cans, you get a unique sticker for free,” Brady adds.

Here’s how it works. The Brady-imagined custom labels were developed over a year-long process alongside a with Integrity Label. The peel off sticker is die-cut into a flap that folds over an identical design on the full p-s sticker/label. Whetstone says it is the first to incorporate a built-in, removable sticker within a fully recyclable beer can label.

“People reach out all the time requesting stickers,” adds Whetstone brewer Derek Hall. “We send ours, and they send some of their favorites in return.”

Collecting brewery stickers is so popular, that a Facebook group called “Brewery Stickers and Beer Stickers Collectors & Traders” has 1,100+ members swapping stickers across the country. Stickers are also hotly sought at “breweriana” events and conventions.

As an added benefit, stickers remind restaurateurs and retailers to order more beer from the brewery supplying them. According to Whetstone Director of Sales, Brayton Brown, “When I brought a sample to a new customer, the manager peeled off the sticker, pasted it in the middle of his beer cooler and said, ‘It’s official. I need to order something from you now.’”

This punchy label innovation comes on the heels of a slick Whetstone Beer Co. redesign for the company’s 10th anniversary, thanks to a local Vermont artist. On shelves at retail locations, bars, and restaurants around New England, the new merchandising and packaging showcase a take on “travel by rail” posters popular during the early 1900’s golden age of train travel. That’s why a miniature “travel poster” sticker adorns each can, while the sticker wrap portion includes hidden elements with scenes harkening back to owners’ adventures. 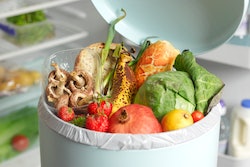 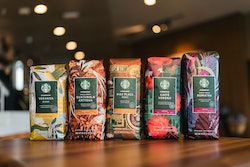 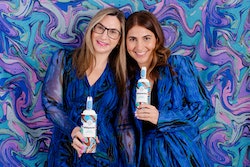 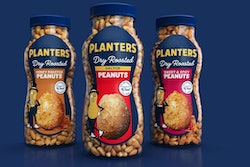