A fully recyclable push-up paperboard tube not only allows both parent and toddler to easily apply product, but also encourages play and can be reused in clever ways.

When family skincare company EmBeba began development of its first product, Don’t Be Rash Diaper Balm, in 2019, the design of the packaging was as important as the product in delivering a safe, clean, and effective experience for parents and babies.

EmBeba founder and CEO Thai-Anh Hoang was inspired to launch the company after being given a balm for her daughter’s sensitive skin by a relative in Bosnia that was made using ingredients from her garden. The balm contained soothing, skin-nourishing, anti-inflammatory herbs and flowers that helped protect the baby’s sensitive skin from moisture while wearing a diaper.

“That’s where the first seed was planted—why don’t we share this recipe with others who have this issue?” Hoang recalls. “I quickly discovered there are any number of generational skin remedies from a variety of different cultures, typically based on soothing natural ingredients. So we decided to create a generation-tested, family-approved line of remedies for skin-sensitive families who want a product that is based on homemade balms but is easy and convenient to apply.” 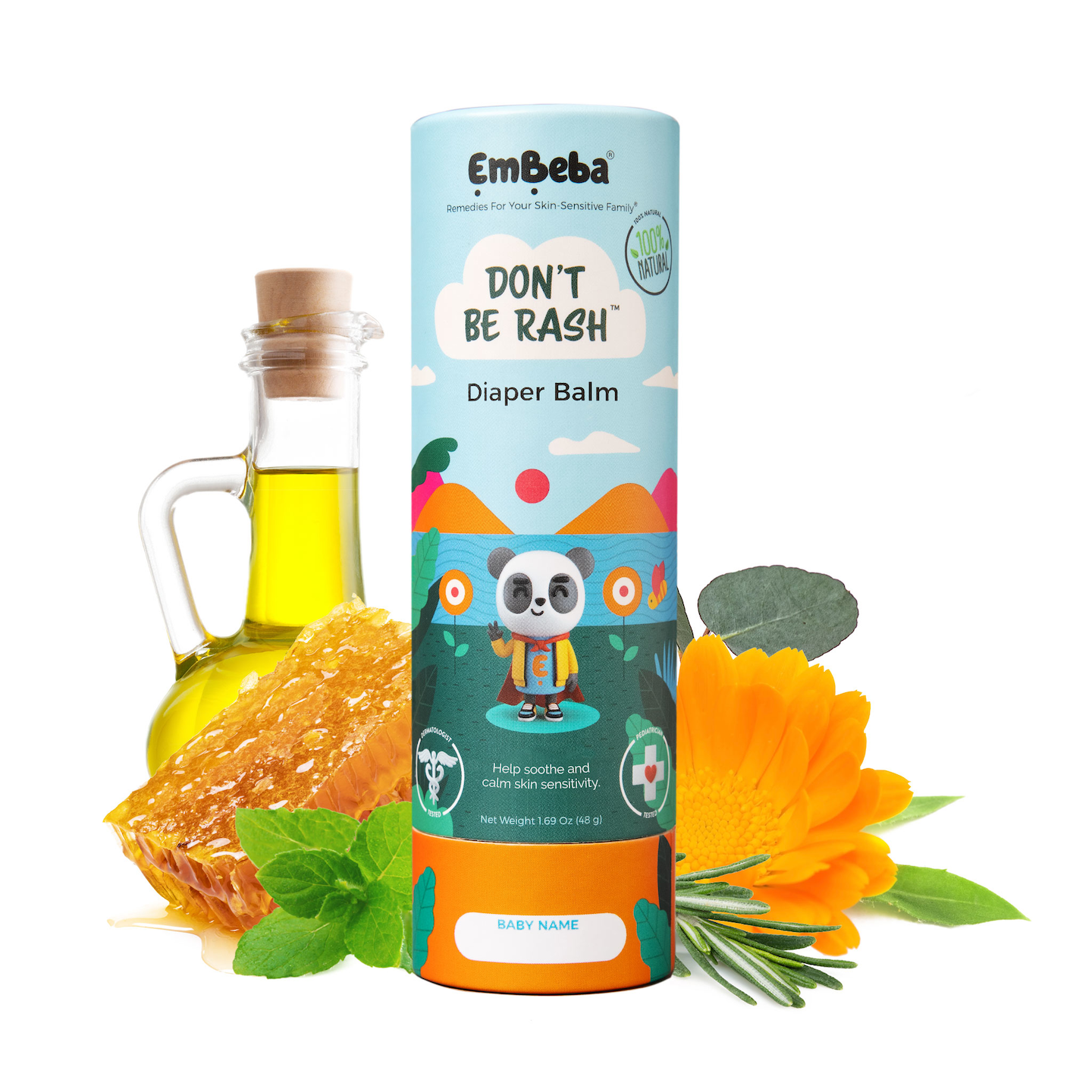 The balm is made from all natural ingredients, including arnica flower, rosemary, peppermint leaf, calendula, olive oil, and eucalyptus.Hoang shares that one of her pet peeves as a parent to a newborn and toddler is how messy and hard it is to apply existing diaper cream products onto a squirming child. In designing the packaging for EmBeba, providing that ease of application—while at the same minimizing packaging waste—was the challenge. “The packaging had to be sustainable, multifunctional, and toddler-friendly, all of which were very hard to do when we started conceptualizing in 2019,” Hoang says.

Among the requirements for the package, EmBeba wanted a design that was small enough to fit in a child’s hand so they could play with it while the parent applied the formula—“a sensory experience and a good distraction all in one!” says Hoang. The company also wanted a package that would make it easy for the child to apply the product themselves once they got a bit older and that could withstand usage by a child, such as opening, closing, twisting, dropping, etc.

EmBeba selected a standard, fiber-based, push-up tube from a proprietary supplier and worked with the company over a period of 16 months to modify the package to better suit their needs. Among its requirements, the company wanted a package that was the right size for both parents and babies to use easily; one that was designed to prevent the oils in the formula from seeping out; and one that would stop the balm from sliding out of the tube too quickly, without using a plastic mechanism. Says Hoang, “We decided against plastic inserts early on due to the fact that the twist-up mechanism could not be recycled at that time.”

The two-piece tube, holding 1.69 oz of balm, is made of white recycled-content paperboard, with what Hoang describes as an ultra-thin wax liner on the inside and outside of the tube body to keep the oils in the formula from seeping through. A paperboard disc glued to the push-top cap helps prevent the balm from being pulled up by the air suction created when the cap is removed. 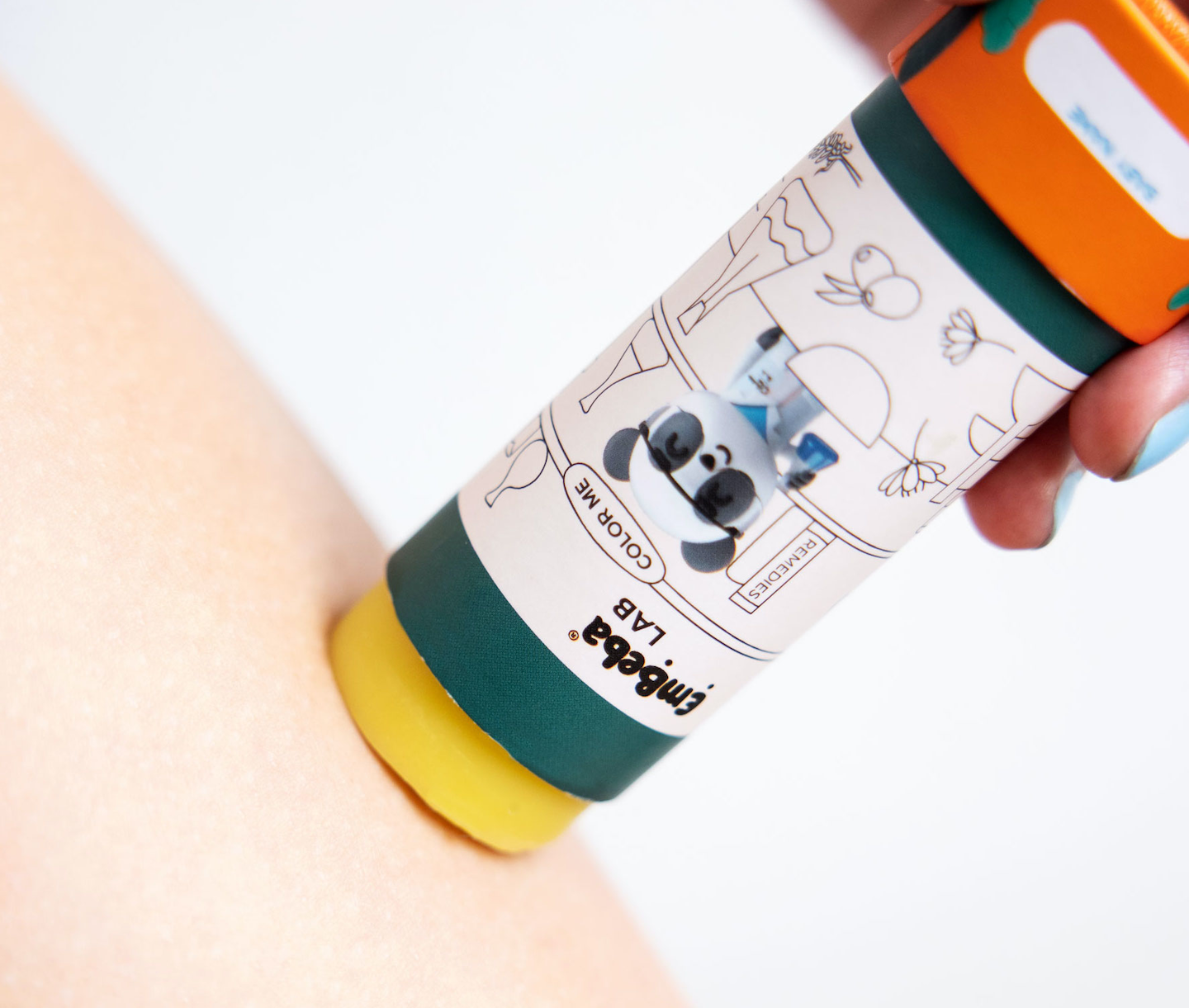 Package graphics were a collaborative effort between Hoang and the team of Meroo Seth and Nachiket Jadhav at Mechi Co. Design, along with cartoon character designer Tadeo Soriano Argomedo. Says Hoang, the illustrations were designed to be aesthetically pleasing to children, with bright and cheerful visuals that would also stand out on the retail shelf. “We want children to see the product and get excited about it, just like they would with a toy,” she says.

While the outer cap is colorfully decorated, with a cartoon panda taking center stage, the tube body is a line drawing that encourages children to color in the artwork. The base of the tube body offers space for the baby’s name to be written in. 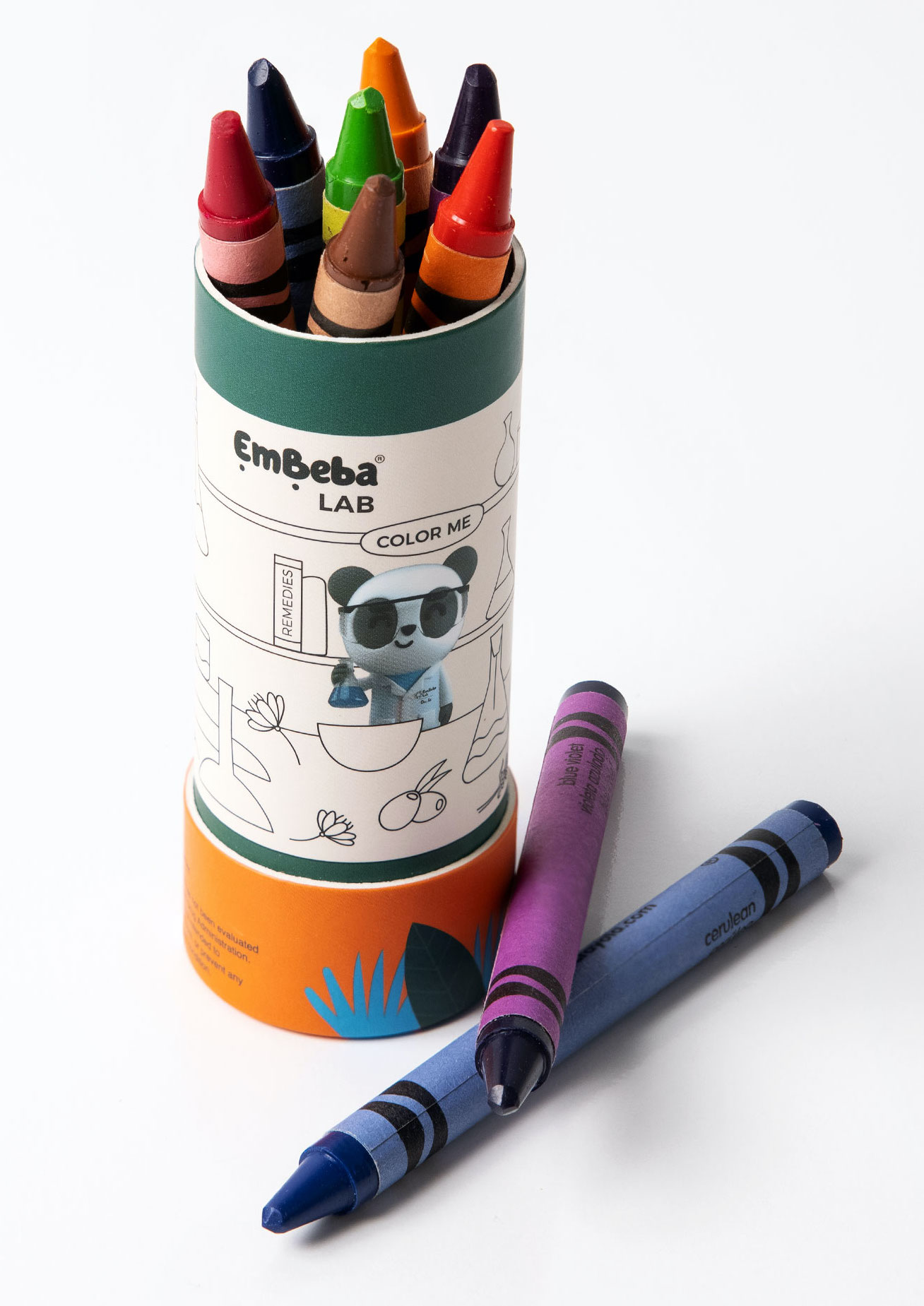 EmBeba suggests reusing the tube, for example, as a crayon holder.While EmBeba advises consumers the packaging is 100% recyclable and biodegradable, they suggest multiple ways it can be reused, rather than disposed of. “For instance, we suggest the packaging can be reused to hold crayons, because the inner tube is a coloring book,” says Hoang. “You can use it as a seed starter and place it directly into the garden. There are many fun activities you can create with our packaging, similar to crafting with an empty toilet paper roll. My toddler actually made a bird feeder out of our packaging!”

EmBeba Don’t Be Rash Diaper Balm launched in January 2021 and is available for an SRP of $14.99 on the company’s website, through Amazon and other e-retailers, and in some independent pharmacies. Hoang says the company is looking to expand its distribution to grocery and mass distribution in 2022.