Regulatory perspectives with a global twist

Pharmaceutical and medical device leaders think globally when it comes to regulatory matters of importance to packaging.

Think of regulations and the U.S. Food and Drug Administration might first come to mind. Yet, when Healthcare Packaging asked packagers in the healthcare community about the current regulatory situation as it relates to packaging, the responses were more worldwide in perspective.

Packaging Hall of Fame inductee Edward Bauer, for example, noted, “From a medical device perspective, the lack of commonality between the U.S. and Europe is probably the biggest issue from the standpoint of regulations. Efforts have been underway to develop a more uniform standard, but up to now the regulatory agencies have not been willing to compromise and accept the same approach to qualification of products. Only one of many proposed ISO standards has been adopted. This has led to increased testing, longer approvals, and higher costs.”

Bauer continued, “Overall, regulations, particularly those that cover manufacturing and validation, have become more complex and more stringent. It is time for the regulators and the manufacturers to begin a more strategic assessment of what needs to be accomplished. It also requires better cost-justification of new regulations and their impact on healthcare costs. Both groups need to talk to each other and be less adversarial.”

Cooperation was also important to Philip Dahlin, senior manager of sustainability for the Janssen Pharmaceutical Companies of Johnson & Johnson. He noted, “We typically rely on consultants to monitor changes in packaging regulations and maintain that information in a centralized database so that everyone draws from the same information. We closely monitor regulatory developments in Europe and here in the U.S. that look at regulating endocrine-disrupting chemicals, which we believe could potentially impact the materials used to manufacture devices and packaging.”

Asked if their companies had to make packaging changes as a result of regulations, Jason Strachota, packaging development engineer II with Smith & Nephew, Inc.’s Advance Surgical Devices Div., said, “We have revised our labels in accordance with FDA requirements for English subtext to our ISO symbols. The Global Harmonization Task Force was instrumental in consolidating packaging requirements for our industry.”

Chuck Taylor, principle packaging/manufacturing engineer, Covidien Surgical Solutions Group, responded, “We have had to make changes to labeling of our devices (symbology and bar coding) to comply with GS1 regulations.”

Another perspective came Jan Gates, owner and founder of PackWise Consulting, who explained, “New regulations have caused package engineering to be accepted as a more important portion of the product development cycle, though changes and innovations are still difficult to complete.” 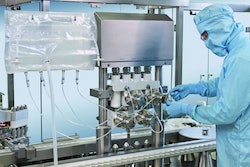 LIVE FROM ACHEMA 2012: A global community convenes in Frankfurt 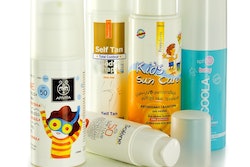 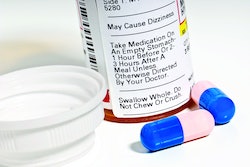