The other side: balance

Okay so here’s the thing. Below is a great article about a government official in the UK urging candy companies to mellow out on the wrapping of candy eggs for Easter.

Certainly, there are some pretty grim packages exposed, one where the eggs occupy exactly 6% of the package space!

He goes on the say that Easter is basically a “pass the parcel” kind of Holiday, where you unwrap many colorful layers to reveal a fairly insignificant gift—a piece of candy. Lots of waste for that.

True. Yes. But there is also a cultural tradition involved as well. Christmas and birthdays are not green either!

Just like the night Pat Reynolds and I stood on the roof of a hotel in Vegas looking out over the strip after dinner. “How can you discuss sustainability,” asked Pat, “in a town where they never turn out the lights!” His comments were punctuated by an army of pumps shooting water hundreds of feet in the air. For no other reason than the sheer joy of experiencing it!

Take live music events. Massive amounts of electricity consumed by lighting and sound, thousands of concert goers next to each other on the expressway in cars traveling separately to the venue, band busses belching across the country.

And trash. Mountains of it. But those parrot heads got to have their Buffet.

Fourth of July fireworks don’t make a whole lot of sense either, really. “Let’s shoot our paper wrapped metal stick garbage high into the air and blow it into a million tiny pieces!”

When it comes to entertainment, it seems, we all agree there are limits to sustainable practices. Is a child opening an Easter egg entertainment? Can toy packaging be vindicated because a birthday party is a cultural entertainment experience?

Where’s the line? Who’s drawing it? I guess the final answer, like everything else in life, is about a great compromise. In the article below Sainsbury had the most efficiently packed eggs, and Nestle’s were completely recyclable. (A pretty bold claim, hope it’s backed up by the science.) Still wrapped, still fun, just sensible. An effort, for gosh sakes!

So you can have your chocolate egg, and eat it too. I don’t think anyone expects you to live in a colorless, practical world where all fun has been designed out of our lives in the hopes we are green enough.


Bowles urged manufacturers to recyclce Easter egg wrapping. April 2nd, 2010 by Zoe Taylor
Easter egg makers are urged to reduce unnecessary wrapping by Sharon Bowles, a Liberal Democrat MEP. The call was made in response to research by the Liberal Democrats that found boxes 10 times larger than necessary are still being manufactured for Easter eggs. The study stated that there are many eggs this Easter period still wrapped in plastic, foil and cardboard. Bowles said that opening an Easter egg is like ‘pass the parcel’. It involves tearing off layers of unnecessary packaging to find for a very small prize. The study named manufacturer Guylian as the worst offender, with its eggs taking up only six per cent of its box. The research also identified Sainsbury’s for having the most efficiently packed eggs. Meanwhile, Nestle was found to be the only firm whose wrapping was 100 per cent recyclable, with many of its competitors using plastics which cannot be recycled. Bowles added that manufacturers are doing better in 2010 than the last year, but some are still making extremely over-packaged Easter eggs. Bowles said that excess packaging amounts to more waste so manufacturers are advised to reduce their packaging. Meanwhile, the extra waste from Easter period will put added strain on Runnymede’s recycling bin collection, with the service currently disrupted by holiday breaks. Today’s recycling collection will be delayed until Saturday, while Easter Monday’s scheduled collection has been moved to 6 April. Residents are advised to bring their waste to recycling points before 6:00 as collection schedules vary during this period.

Get a daily dose of global packaging news--fun facts for your next meeting. Follow me on Twitter. 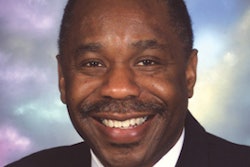 The ties that more than bind 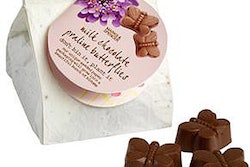 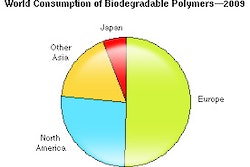 Biodegradable polymers market to grow at 13% through 2014