Paul Jenkins: That leads very nicely into a new area to explore which is around sort of bio plastic wraps and packaging format. So this is a German based supermarket chain called Norma and they're moving their own label Excelsior, magic chocolate, premium chocolate range to a bioplastic prep and we've seen quite a few confectionery and chocolate brands go down this route. The new packs will use the cellulose based NatureFlex, which you may have heard of from Fujimura, and NatureFlex is designed to be a direct replacement for fossil based plastics and can be processed using the same form fill and seal equipment as NatureFlex is a bioplastic it does not need to be disposed of in the plastic waste stream. Rather, it can be safely recycled in a household composter. NatureFlex is said to have a number of properties suitable for perpetual application. So Long gone are the days where there's sort of a big compromise in terms of functional performance. So it's got high water vapor, gas, and aroma barrier performance, strong seals, parent excellent printability on pack, including gloss and clarity. So new packaging will be used on a range of the brands products for their 100 gram browse bars in the in the German market. And indeed normal app stores across Germany, Austria, France and the Czech Republic. So really good example of bioplastic packaging being applied to a German chocolate brand.

Matt Reynolds: Okay, good. Now bioplastic material is really on trend and important. But I wanted to take a brief detour here, back to a paper product. And that's Balisto and what was important—Paul and I spoke offline, the previous pack was able to, they were able to use existing equipment in you know, basically a flow wrappers and so on that were in already in use and twist switch over to a different film material and still use with some tinkering and retrofits, I'm sure, they're able to use the same equipment to put that chocolate into a completely different style of film. This is another case of that is Balisto. So they decided to traditional film flow wrapper, this is still flow wrapped on the same machines, but they went to a paper packaging. So imagine the difference in material handling for a machine between paper and traditional film wrapper. So I felt like this was a good opportunity for a quick detour to think upstream that these brands and the OEMs that are selling to these brands, you know that they're not necessarily going to be capable of running the new material and a one to one type of, you know, exact replacement they need to be there needs to be some sort of, you know, retro fit, and most brands aren't going to want to be doing the capital expenditures to buy a whole new million dollar piece of equipment to make these changes. So it's important to know in the case of Balisto you know, it's Mars Wrigley, they worked with their their longtime supplier syntegon formerly Bosch Packaging, to be able to add on a retrofit to existing machineries to be able to put that you know, the the existing chocolate into a whole new different flow wrap pack without major material or excuse me without major equipment outlays. So just wanted to take a quick brief detour there back to the compostable materials. In this case, this is on the right we have our Arbor Tea's they've moved to a backyard compostable material that's also using the future more material nature flex. In this case, they were really happy with an existing pack that was that did the job well, but they noticed that over time as it sat on shelf in retail situations, there will be some degradation of the pack. And then you would end up with a more brittle pack that didn't work so well with the with the tea's and often depending on the types of teas that they had, some might sell more quickly than others. So they actually worked with the brands, Eagle Flexible Packaging, Futamura, and PolyCar together to put together a multi layer material that is still backyard compostable, so they're using different types of inks and sealants and so on that allow this to look beautiful and stay on shelf and still be radiant on shelf for quite a bit of time without any degradation on shelf. But then still, as soon as you use the tea within you can still have that certified it's a backyard compostable. Along the lines of bio plastic material. This I think was a big win for Arbor Tea's in Michigan.

Paul Jenkins: Dutch food delivery platform Thuisbezorgd.nI is to offer a biodegradable packaging for their 12,000 affiliated restaurants it serves in in in the Netherlands market. The biodegradable packaging will be provided by London based Notpla. Notpla Innovative takeaway boxes are made primarily from wood pulp, as you can see, from trees and grasses, they have a waterproof coating on the exterior made from seaweed, making them completely grease and liquid repellent. Now seaweed is an very interesting potential packaging material grows plentifully it grows quickly. It doesn't it grows in the sea. So it doesn't need, you know, water or farming land clearly to make it happen. So we're seeing lots of examples of seaweed being used as a packaging application. And this is another good example. So the packaging is designed to directly replace a single use plastic, or takeaway versions, and they're set to biodegrade, in around four to six weeks, they're not clear as to in what conditions that would apply. The move is part of the company's ambitions to be more sustainable. And they're doing things like utilizing electric delivery vehicles as well. Notpla, source that seaweed from farms in Britain in northern Spain, and they've developed you may have also seen a catch up sachet that they made from seaweed, which has gone through I think, delivery, as well as paper manufacture from seaweed fiber. So very interesting, sort of new application for the use of seaweed in packaging.

Matt Reynolds: Yeah, very interesting. And what's most important is that those examples that you gave the Dutch example as well as a few of the others are scalable, you know, whether it's a ketchup sachet, or the the food service boxes or cartons that you just showed, those are scalable examples. Now Notpla not new. We've heard about them, making these really interesting sorts of splashy and interesting packaging prototypes, for instance, this is for Glenlivet, the famous Scotch whiskey, the each individual package there, that's a shot of a flavored whiskey that's in that encapsulates, or that's encapsulated by a film made of seaweed. So these are interesting, you know, non scalable, but thought provoking kind of examples. Here's another one, by a British company, a UK company called Xampla that's to the left, and they're actually making a film. That's, that's used in in in food kits. This is a food kit called Gousto recipe box. So Gousto recipe box, essentially, is trialing this with a certain number of willing participant customers that said they were going to give this a try. So essentially, the film is dropped into warm water. And because it's made from a pea based protein that just dissolves along with the vegetable stock that's within that cube, and it becomes part of the food, there's nothing that's discarded whatsoever. So that bouillon cube along with its package become part of your meal, which is all interesting. But these are more splashy, what can be done in the future type of examples. It's interesting that they're pushing the envelope. But what you demonstrated Paul is they're also scalable.

And that puts a bow on everything that brings us to the conclusion of the webinar all the time that we have. Naturally, If you'd like to learn anything more about what we've discussed or like to discuss more with us, visit the websites that you see on your screen right now. Use the email addresses to contact Paul or I. That's all the time that we have for today. 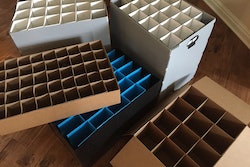 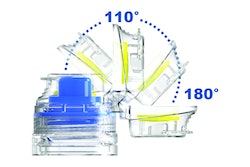 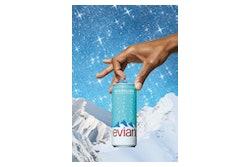