“When we do packaging initiatives, we usually try to reduce GHGs by at least 5 percent,” Stonyfield vice president of Natural Resources Nancy Hirshberg told Packaging World in an exclusive interview before the October 13 launch. “When we approached this project, it was really a priority for us to get out of polystyrene. We were hoping it would be at least a net neutral. So when we got the life-cycle assessment back, we were stunned.”

In terms of Stonyfield’s environmental footprint, packaging has the second biggest impact (15%) after milk (43%). The company produces approximately 200 million multipack cups per year for products that include YoBaby, YoToddler, YoKids, B-Healthy, B-Well, Probiotic, and O’Soy. “This single change will reduce our packaging climate impact by 9 percent,” Nancy Hirshberg adds.

The innovation, which is said to be the first use of PLA for f/f/s dairy containers, continues the company’s tradition of trendsetting when it comes to making improvements for more environmentally friendly packaging. With only 5% of the impact of packaging resulting from end-of-life, Stonyfield has concentrated its efforts on reducing materials, rather than recycling. According to Nancy Hirshberg, Stonyfield was the first to lightweight its yogurt cups (1990s), as well as the first to eliminate the plastic lid in favor of flexible foil lidding (2002).

Says Stonyfield chairman, president, and “CE-Yo” Gary Hirshberg of the new PLA cup, “It’s a win-win-win-win. It’s price-neutral, a big win on carbon, and a much stronger package. It’s not perfection, but it is a giant leap.”

Meticulous research
Last April, at the NatureWorks Innovation Takes Root conference, Stonyfield vice president of sourcing and product development Rolf Carlson laid out those conditions that would be necessary in order for the company to consider the use of bioplastics in its packaging. He noted, “We would have to validate the science around bioplastics before using them. We would want to be sure there is an absence of negatives.”

In the year leading up to the launch of the new PLA cup, Stonyfield meticulously performed its homework, taking a holistic approach to evaluating the use of biopolymers. It studied the origin of the feedstock, the safety of the additives, the end-of-life potential, the functionality of the final package, and the cost. Its first goal was to confirm that PLA does indeed provide an enhanced environmental profile versus HIPS. This was validated through a third-party study comparing the LCA of PLA versus HIPS by Dr. Roland Geyer of the University of California at Santa Barbara.

“What he determined is that PLA outperforms PS in terms of energy, greenhouse gas emissions, and human toxicity, which for us were the most important issues,” Nancy Hirshberg explains. The 48% lower global warming potential translates to 4,000 barrels of oil that will be saved annually by Stonyfield as a result of the packaging change.

Film converter Clear Lam Packaging  is credited with making the PLA resin functional with the f/f/s process through the use of additives. Says Clear Lam chief marketing officer Roman Forowycz, “We have been successful in the last couple of years in coming up with formulations that allow these materials [PLA] to perform closer to polystyrene or polypropylene.”

Rollstock for the cups consists of 93% PLA, 4% titanium dioxide (a whitener), and 3% compounded additives. Because Clear Lam, for proprietary reasons, could not reveal the additives used in the material, Stonyfield hired consulting firm Pure Strategies to develop a list of chemicals that the company did not want used in its cups. The list includes 2,600 specific carcinogens, mutagens, reproductive toxins, endocrine disruptors, and persistent, bioaccumulative, and toxic metals.

One of the learnings Stonyfield’s Carlson says he took away from the PLA-cup project was the importance of due diligence. “When you are going to a new resin,” he advises, “you want to make sure that while you may be satisfying your environmental or operational or cost targets, you are also ensuring that the material is food-safe and is an improvement for the consumer.”

Forming process presents biggest challenge
For around five years, Clear Lam has been formulating multilayer film structures containing PLA, along with ethylene vinyl alcohol or polyethylene, for f/f/s applications in the pasta and meat industries. The Stonyfield cup presented new challenges, Forowycz explains, not only because the resin had to completely replace the HIPS, but also because of the nature of the machines on which yogurt cups are formed and filled.

“When you buy one of those four-packs or six-packs of yogurt, you will notice that the walls of the containers are almost straight,” he says. “So it is very demanding from a thermoforming perspective. You have to have very uniform distribution of the plastic. You also have to have materials that absorb temperature evenly.

Carlson says that the resulting rollstock is a three-layer film, where the two outer layers bring the strength to help with forming, and the inner layer provides the brittleness and snappability. “One of the things that was very interesting about this project is that we found that the thinner we went with this material, the better it ran,” says Carlson. “Downgauging really helped the process and the manufacturing of the product.”

Stonyfield is using a 30 mil-thick PLA rollstock versus the 35-mil HIPS material used previously. Cups are formed and filled on an Arcil f/f/s machine, where in-mold labels from Bemis are applied during cup forming, and lidding film from Winpak is applied after filling. The machine operates at 29 strokes/min, producing 24 cups/stroke.

Among the challenges Stonyfield faced in adapting the PLA rollstock to its existing equipment were coming up with new machine settings and adjustments, developing a new lidding adhesive, and adjusting its knives to the higher density of the material. “One of the things we are still working on perfecting is the cutting and scoring of the multipacks,” says Carlson. “The knives worked very well with the HIPS, but with the PLA, they are dulling more quickly.”

Sustainable farming supported
One huge concern for Stonyfield in pursuing bioplastics was the issue of feedstock production. Says Gary Hirshberg, “We’ve had enormous concern about the way corn is grown and used in the U.S., and in particular, the use of genetically modified organisms [GMOs]/genetically modified [GM] feed, as well as the widespread use of chemicals that goes along with it. And so, we didn’t want to contribute to these types of farming practices, even when we knew the most logical bioplastic to start with would be corn-based.”

Agrees Nancy Hirshberg, “In order for us to move forward with this, we needed to feel good about the way the corn was being grown.”

Because NatureWorks cannot ensure that the feedstock used for the resin for Stonyfield’s cups is non-GMO corn, Stonyfield has become the first major purchaser of offsets through the Working Landscapes Certificates.

Under the program, Stonyfield contracts for the equivalent 500 acres of corn needed annually for its packaging to be grown to the WLC sustainable agriculture standards. The nonprofit Institute for Agriculture and Trade Policy (IATP) recruits farmers and oversees the standards and certification to WLC requirements.

“The program was a Godsend to us,” says Gary Hirshberg. “The investment in the WLC program really enabled us to make this move. Without it, we couldn’t have done it.” The program, which will result in the production of 1.7 million lb of non-GMO corn annually, comes at a cost of more than $36,000 per year to Stonyfield, in addition to its material costs. Most of the funds go directly to the farmers—a fact that was key to Stonyfield’s involvement, Nancy Hirshberg adds. “We see this money being used as a market lever to drive farmers to more sustainable practices,” she says.

Despite the cost of purchasing offsets in addition to the investment in a bioplastic material, Nancy Hirshberg happily relates that the switch from HIPS to PLA will not result in a cost increase, either for Stonyfield or for its customers. “Between a number of factors, including the fact that the cost of polystyrene is so high right now and we have reduced the breakage of our packaging with PLA, we are actually going to be cost-neural,” she reports.

Catalyzing innovation
For Stonyfield, however, corn is considered a transitional step. Ultimately, the company plans to move to cellulosic fiber as a feedstock, once the technology is commercially viable—an innovation that the Department of Energy estimates will occur by 2015. Due to the low cost of corn, as well as other factors, Gary Hirshberg says he doubts the government will move that quickly. Instead, he says, part of Stonyfield’s strategy in sharing the details of its switch to PLA (see sidebar above) is to encourage the more rapid development of alternate feedstocks. “If we can entice other businesses to join us, I think we can expedite that timetable,” he says. “We can, in other words, do it independent of any kind of government support or intervention.

“Here is the bottom line: If we had waited for the day when PLA could be made from non-corn [to launch our new cup], we would have been postponing for years. That means we would be postponing these serious climate reductions; we would be postponing these greatly reduced human toxicity improvements. So we chose not to wait for the perfect day. But we are just not comfortable waiting for federal policies to change. We think that commerce can actually move this along faster.”

Potential for fully closed-loop system
At present, the end-of-life scenario for the new PLA cup is no better than it was for its HIPS predecessor: Neither are currently widely recycled. But Stonyfield believes that PLA has a greater potential to provide a fully closed-loop system. Last spring, limited liability company BioCor announced plans to begin developing a recycling infrastructure for PLA in the U.S. In Belgium, a company called Galactic is already recycling the material though a chemical process that converts the material directly back into lactic acid.

“I have to say, as someone who has been in involved in this industry for 20 years or so, this is the first time I’ve really seen a technical nutrient cycling, a real, true, fully closed-loop cycle,” says Nancy Hirshberg. “So we’re really excited about that and about building the recycling infrastructure.”

First, however, Stonyfield must develop bioplastic-based materials to replace the paper and metallized PET that are being used for the container’s label and lid, respectively. After that, the company plans to work with BioCor to optimize its PLA rollstock to be compatible with BioCor’s chemical recycling operations. Composting, however, will not be recommended as an end-of-life option. Currently, the film is too thick to compost within the time frame required by ASTM standards. But even if Stonyfield lightweights the material, Nancy Hirshberg says composting is “counterintuitive,” as it releases back into the atmosphere the carbon embedded in the corn and then the resin during manufacturing. “We’re not saying that composting is bad in all cases,” she says, “but we do think there is a better option for end of life, and that is recycling.”

As for concerns that Stonyfield might encounter some of the same unanticipated consequences as Frito-Lay’s PLA SunChips bag, which was recently pulled due to consumer complaints that it was too noisy, Nancy Hirshberg says, “Our customers aren’t going to notice the difference. Function and cost are always going to rise to the top.” 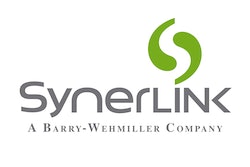