The SOPO dispenser is a dispensing system for all HBA soaps and lotions and is projected to save manufacturers over $90 million per one-billion units in production costs, according to the company. Made of cardboard similar to a milk carton, it is eco-friendly and convenient to use.

The product turns any HBA lotion into a self-contained dispenser. SOPO dispensers will unclutter sink tops, vanities, bathroom showers, and tubs, while eliminating the array of HBA products typically scattered through the average home. Self-sticking adhesive strip attaches the SOPO dispenser to any surface and pulls off with a snap without damaging the surface. The Provision Patent has been granted. SOPO dispenser system (Stick On-Pull Off) is at the USPO waiting for the Utility Patent to be granted.

The SOPO dispenser's contents are gravity fed, which eliminate the more expensive pump and tube mechanism currently found on most bottles. The flip-top cap eliminates the frustration users experience when unscrewing the pump and shaking out the remaining contents always left in the bottom of the bottle. Being gravity fed makes 100% of the contents usable. When empty, the user will hear a "Raspberry" sound. The flip-top cap has a one-way silicon valve, which prevents leakage even when the cap is left open. The contents in the SOPO dispenser are only dispensed when light pressure is applied anywhere on the front of the SOPO dispenser. The dispensers can also be used as upright dispensers.

The SOPO dispenser has undergone a thorough patent search determining there is nothing on the market close to it.

The patent also includes a dual dispenser containing compatible products such as moisturizer and body wash or shampoo and conditioner. The dual dispensers will be sold as one unit with two dispensing compartments. Another feature is, once mounted, unlike the pumps and caps currently in use, SOPO dispensers are user-friendly for the sight impaired consumers, the large aging population, and anyone with dexterity issues like arthritis.

The SOPO dispenser container will cost about the same as existing containers. However, the flip-top cap as an alternative to a pump will result in about $1 million in production savings for every $100 million units over existing units with pumps, according to the company. The SOPO dispenser can be made of plastic. But initial market research indicates a cardboard container, similar to a milk carton, would be more appealing due to consumers shifting concerns about being "green." An additional attribute making the SOPO dispenser patentable, is its most important feature, the way SOPO dispensers attach to any surface, pulling off with a snap without damage to the surface.

“We’re very excited about the potential and initial responses,” says Edward Goldfarb, Inventor. “We have a few irons in the fire, however, for now, we’re keeping our options open. As a former naval aviator and patriotic American, I’d love to see SOPO dispensers made in our country.” 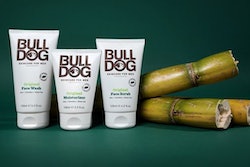 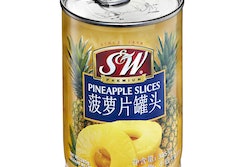 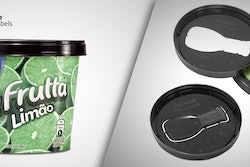 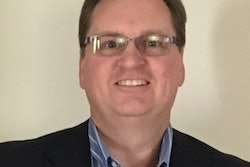