Aluminum can is still the most recycled beverage container

The U.S. aluminum industry achieves a recycling rate of 67%—its highest since the 1990s.

Industry recycling of aluminum beverage containers in the U.S. continued its decade-long upward trend in 2012 with a rate of 67%, according to data released by the Aluminum Association, the Can Manufacturers Institute (CMI), and the Institute of Scrap Recycling Industries (ISRI). This is the highest recycling rate since the early 1990s and is the second highest rate reported since the survey began in 1972. The new rate marks progress toward the industry's goal of 75% recycling by 2015.

The new rate means that in 2012, the aluminum can industry recycled some 62 billion domestic and imported cans while shipping 92 billion cans in the U.S. The energy saved from this recycling equaled 19 million barrels of crude oil, which could fuel more than 1.7 million cars for a full year.

"It's great news to see the aluminum can extend its lead as the most recycled beverage container, far exceeding comparable rates for glass and plastic," says Heidi Brock, President of the Aluminum Association. "Cans are unique in that they can be recycled infinitely and be back on the shelf in as little as 60 days. Couple that with a 37-percent weight reduction for the average can since 1972, and you have the most sustainable and smart solution available for beverage packaging."

The increase in the industry's recycling rate in recent years has been driven largely by the addition of cans imported into the U.S. Because of the closed-loop aspect of aluminum can recycling, and aluminum's significantly higher inherent value in the recycling stream, used cans easily cross borders and are extremely attractive for recycling. In fact, U.S. recyclers often import cans from Mexico, Canada, Saudi Arabia, Poland, and other countries. In 2012 alone, the industry imported and recycled close to 13 billion cans, nearly double the amount imported just five years ago. The increased recycling rate is reflective of this dynamic.

"While it's encouraging that the industry is recycling at record levels there is still work to be done," adds Brock. "Increasing U.S. consumer recycling of aluminum cans remains a major opportunity to help the environment and the economy."

According to the associations, it takes just 5% of the energy to produce recycled aluminum versus primary aluminum. At the same time, nearly $900 million worth of aluminum cans don't make it to the recycling bin each year and instead end up in landfills. These landfilled cans, which could otherwise have been recycled and made into new cans, reflect a significant loss to the economy and society through lost jobs, and the environment.

The aluminum industry works to increase consumer recycling by both encouraging lawmakers to consider recycling and recyclability as part of energy efficiency initiatives and by supporting the Curbside Value Partnership, a voluntary program created to increase participation in curbside recycling programs nationwide. Individual companies also support recycling initiatives by educating consumers and providing increased access in local communities across the country.

The Aluminum Association recycling rate is based on survey input from can sheet producers, can manufacturers, and secondary producers of aluminum, representing nearly all can recycling activity in the U.S. 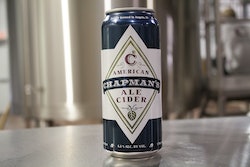 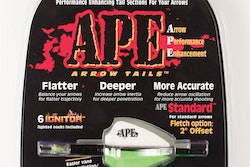 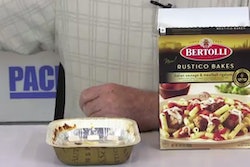 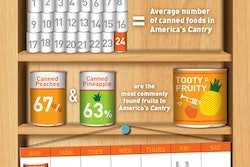