The Can Manufacturers Institute (CMI) has introduced “Cans Get You Cooking,” a multi-year, fully integrated campaign launching nationwide during National Canned Food Month this February. The campaign, funded by CMI members, Silgan Containers, Crown Holdings, Inc., and Ball Corp., kicks off with a partnership with ABC’s “The CHEW,” a nationally televised daytime food and lifestyle series, as well as a consumer-facing public relations program, partnerships with in-store registered dieticians, and a trade media advertising campaign.

Cans Get You Cooking builds on the insights from a new values-based consumer research study revealing consumers’ strong positive associations with canned food. The campaign is designed to remind consumers of the great benefits of cooking with cans, and showcase new and exciting ways to incorporate cans into everyday mealtime occasions.

“Research shows that consumers already trust the ironclad technology of cans to deliver food that's fresh, flavorful, nutritious, and convenient," says CMI president Robert Budway. "Through the Cans Get You Cooking program, we will team with the country's leading brands and grocery retailers to remind consumers of their love for canned food, drive center-store sales, and encourage more usage occasions.”

CMI’s partnership with “The CHEW” will highlight different ways to get cooking with cans and will include an online, digital, and social media presence on ABC.com throughout National Canned Food Month. It will also include a co-branded consumer contest that offers viewers the opportunity to share their favorite canned food recipes for the chance to attend a taping of “The CHEW” in New York City.

The multi-year campaign also includes an ongoing national consumer public relations program comprised of traditional and online media engagement, as well as a social media initiative featuring a newly minted Facebook community, Pinterest page, YouTube channel video series, and a number of Twitter parties, all meant to engage and inspire consumers with the benefits of cooking with cans. Additional elements of the campaign include consumer events and retail promotional support periods with customizable assets. 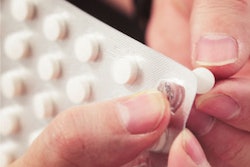 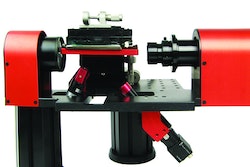 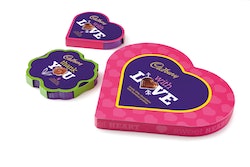 Shaped candy boxes get chocolates back on gifting radar