A look under the hood at Tetra Pak

"A package should save more than it costs."-Tetra Pak founder Ruben Rausing

Aseptic packaging pioneer Tetra Pak (www.tetrapak.com), the inventors of the "juice box," hosted a gathering of international media (group picture at bottom) at the company headquarters in Lund, Sweden, August 23-24. Tour leader Linda Bernier, who is the company's corporate PR director, promised that we would “take a look under the hood at Tetra Pak.”

Our view included tours of the facility’s laboratories and converting operations as well as a nearby customer center that featured a demonstration packaging line. Market and technology presentations were made by management, including Tetra Pak president Dennis Jönsson (shown below), who noted that the company operates 45 packaging plants and 12 research and development facilities. He pointed to trends including retailer-driven industry consolidation, which has accelerated during the past 10 years.

Tetra Pak’s two biggest customers, Mengniu and Yili, both in China, did not exist seven years ago. They are also the two largest dairies in the world.

Jönsson pointed out that despite decades of ongoing modernization, 86% of the world's food is still hand-packed today, and half of the white milk produced remains unpackaged. In that regard, two markets stand out as a liquid food packaging opportunity: India and Pakistan.

Jönsson noted that oftentimes investment in underdeveloped countries requires years before results are seen, such has occurred in Russia. He says Russia represents one of its largest growth opportunities, and that it is seeing "fantastic growth" in Pakistan. It also characterizes Iran as having tremendous potential.

Tetra Pak’s 10 top customers represents 20% of its revenues, with none of those customers in the U.S.; however, the U.S. does represent Tetra Pak's fifth largest market with 6.72 billion containers. By comparison, China used 24.6 billion Tetra Pak cartons last year; interestingly, the market in China centers on the 250 mL single-serve size.

On the enviro-front, some 21 billion cartons were recycled in 2006, with the goal to reach 25% by 2008, he said.
A recovery initiative in Brazil recovers materials from used cartons, and for which polyethylene is recovered. The recovery operation is located next to a recycling plant. A successful pilot operation will now be scaled up, he noted.

Beverage carton growth in developed countries is essentially flat, ranging from 0% to 3%. Jönsson indicated that U.S. market growth, modest as it is, is for high-end juices transported within the U.S.'s well-established chilled distribution chain.

Michael Zacka, vice president of marketing and product management, cited trends that were based on extensive research and studies conducted on behalf of Tetra Pak by organizations like Mintel and Euromonitor. The company's own Tetra Compass division maintains a database containing 11 years of data from 200 countries of one billion consumers.

He suggested that marketers should think young, accessible, and small in some of the hot markets, including in southeastern Asia, where 50% of the population is under the age of 25.

Zacka's presentation offered a colorful array of charts from studies, including one that showed that the U.S. leads the world in on-the-go drinking, with 58% of consumers reported sipping a drink while walking or driving, compared to the global average of 27%.

Zacka asked the journalists to guess how many new products were introduced in Tetra Pak containers in 2006. The highest guess was 500; the actual answer was a whopping 7,000.

Recently hired Michael Grosse, who has an extensive background in automotive research, now leads the company’s research projects. Grosse, who defines the company research as D&E, development and engineering, rather than R&D, notes that Tetra Pak's efforts have yielded 5,000 patents worldwide over its existence. Tetra Pak has worked to reduce the carton footprint, he says, and the number of kilowatts needed to produce each package has been reduced by 60% in the last 25 years; he anticipates reducing it another 80%. Tetra Pak also pointed out how efficient its Tetra Brick Aseptic packages are versus a plastic bottle holding a similar product volume: 30% to 40% more efficient, even in the worst-case scenario.

The company is looking to produce cartons that will fit into car cup holders which is not surprising given the on-the-go consumer trend and Grosse's automotive background.

The company has also looked closely into testing of lip-mouth interactions during drinking. The company has even gone so far as to position cameras inside cartons to see exactly how drinking takes place. Tetra Pak has in development a closure that "you will not want to take your lips from," Grosse offered. He said that within the next year the company will also debut more on-the-go containers.

Erika Mink spoke of the company's initiatives relating to the efficient use of natural resources from cradle to grave using the three areas of renewable, recyclable, and responsible. She pointed out that three-fourths of the packaging materials Tetra Pak uses for cartons are renewable, made from paper and traceable to accepted forest sources. She noted that such package-to-forest traceability reached 100% throughout the European Union compared to 76% globally.
Some facts:

In considering the use of reused materials the company found that virgin materials are required. The company adheres to ISO 14001 standards in regards to its environmental efforts.

We were updated by Ulla Holm, who heads Tetra Pak’s Food for Development Office (FfDO) efforts. This business unit handles the company's school milk program efforts that have centered on underdeveloped countries such as Kenya, Thailand, Guatemala, and Haiti. Most of these programs are government-funded, though some are supported through donations. The company works through local entrepreneurs, which represents the company's “glocal” approach to business: a global presence through local management.

This benevolent program also makes business sense in that it has served to increase milk demand and consumption as the school kids age. For example, in Guatemala, milk consumption has risen from 2 L per capita per year to 23 L.
More recently, programs were begun in Nigeria in September 2005, where an independent study done determined that children's health and learning abilities were increased with the program.

In underdeveloped countries such as Kenya, creative uses were found for the used beverage cartons. These included roof tile panels and solar oven panels; for the latter, the reflection from the aluminum layer was used to create a solar oven that could boil rice.

Additionally, other aspects that struck me personally were the following:

All in all, it was an enlightening experience, though as always, it felt good to return home. 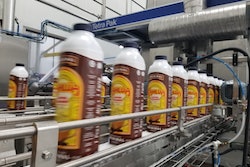 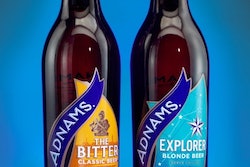 The many different facets of glass packaging and sustainability 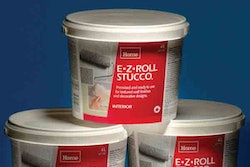