First there was road rage, now there’s "wrap rage," a growing discontent with packaging that’s frustrating or even hurts, according to designer Peter Clarke in a recent interview on CBS. 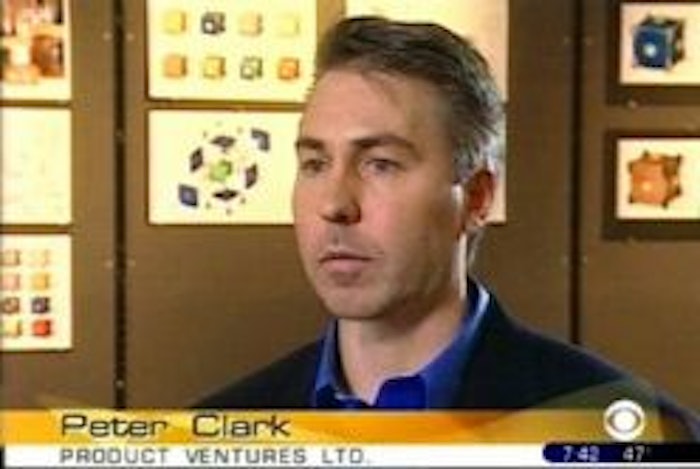 "Wrap rage" is a new term that has been coined to describe that feeling you get when you spend ten minutes wrestling with an item's packaging. The CBS television network ran an interview March 25, 2004 that voiced the fact that people are as mad as heck about packaging that is frustrating, painful, and even hurtful.

And the problem seems to be getting worse. One survey found that many people feel that in the past decade packaging has gotten increasingly harder to open, CBS’s The Early Show correspondent Tracy Smith reports.

Here in the United States, they don't keep statistics on the number of people who get hurt opening packaging, but in Great Britain they do. And they found that in just one year, 67ꯠ people got injuries ranging from cut fingers to sprained wrists, just from wrestling with wrapping.

Peter Clarke says: "They use scissors. They use knives, all sorts of tools. And it's pretty scary to listen to some of the stuff. I'm surprised that people aren't getting hurt more often."

He is the president of Product Ventures, a Fairfield, CT-based company that designs product packaging. His designers must create packaging that protects the product during shipping, prevents it from being opened and stolen in the store, and is still cheap to manufacture, he says.

"There's a real business reason why packaging is the way that it is. It is the balance between pilfer resistance, and in some cases child resistance, and making things easy to open," says Clarke.

But Clarke says some packaging is getting better, and he showed a couple of examples, starting with a new, improved paint can.

Can paints a good picture

Pointing at it, he says, "This is a great invention. First of all, it has a carrying handle. But the most important feature is that it has a quick-and-easy opening, where you just twist open, and you see it has a pour spout so you can control your pour, and it has a drain-back feature designed into it. So all that mess you used to get in this container now neatly drips back into the container, and you just take this and reseal. No tools required."

He also has a special design for a coffee can, which traditionally would need a can opener. "Potentially cutting yourself," he says, but holding a canister he notes, "This canister, again is very thoughtfully designed. It incorporates a value-added handle, which is nice so that you don't have to cradle it like a football. And then, you can just conveniently pop the top. And then peel back the seal, the freshness seal. And then scoop up what you need. And the canister conveniently reseals."

So the next time you're struggling, and trying to get something out of its package, remember that help may be on the way.

"There's definitely hope. Just complain enough about it and companies that produce these things will invest in making them better," says Clarke.