Package labels for foods containing soluble fiber from psyllium-seed husks may include a claim that consumption of the product can reduce the risks of heart disease when part of a diet low in saturated fat and cholesterol, according to a ruling from the Food and Drug Administration that is effective immediately. 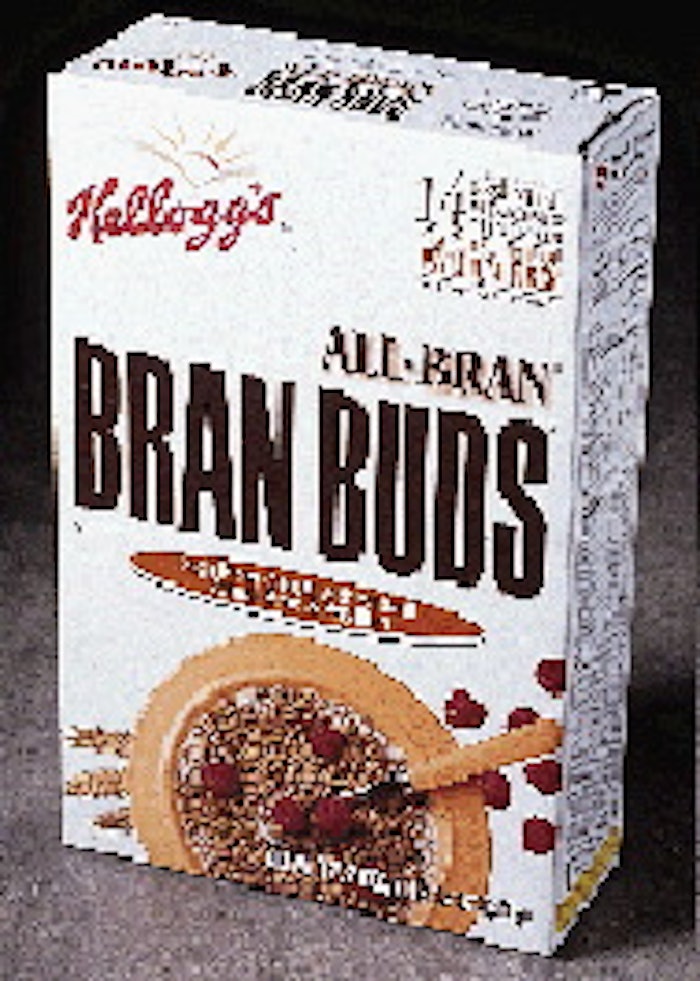 This is only the second claim allowed for a specific food (as opposed to a nutrient), the first being for products made with whole oats. The Kellogg Company, Battle Creek, MI, petitioned FDA for use of the health claim. Its Bran Buds cereal is one of the few foods on the market containing psyllium, though FDA believes that the approved claim will prompt other food manufacturers to add psyllium-seed husk to other foods, such as snack bars, fruit drinks, peanut butter, cookies, muffins, bread, pasta, and toaster pastries. A Kellogg's spokesperson said packaging for Bran Buds will be changed in the near future to include the claim and a variety of other products containing psyllium will be developed. Psyllium is also used in over-the-counter bulk laxatives, such as Proctor & Gamble's Metamucil, and in a number of dietary supplement products intended for weight loss and increased fiber intake. The FDA ruling, however, applied to food only, not dietary supplements. Foods whose labels bear the health claim must provide at least 1.7 g soluble fiber from psyllium-seed husks per reference amount usually consumed, which, multiplied by four eating occasions per day, totals 7 g intake per day. The label statement also must inform consumers of the need to eat the food with adequate amounts of liquid and avoid eating the food if they have problems swallowing. Foods that do not pose a choking risk may be exempt from the warning.