Consumer Convenience Technologies launches the EEASY Lid that allows consumers to vent a jar by simply pressing a button on the lid, which opens a tiny slit that breaks the seal. Lids can be produced from 58-mm to110-mm. 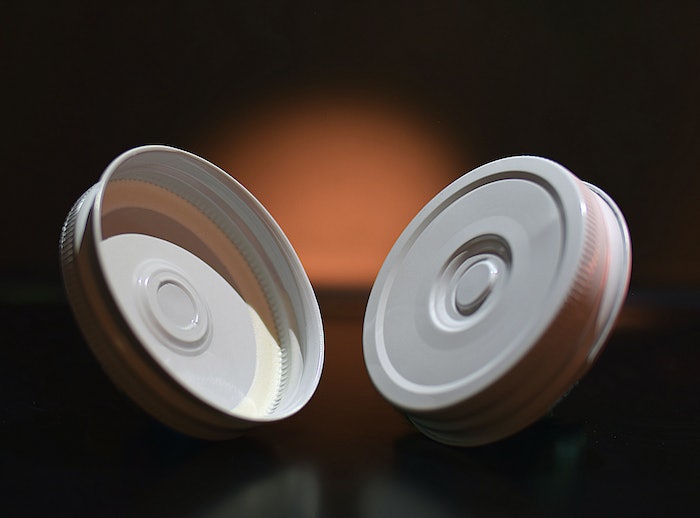 After use, the lid is reclosed by pressing the button from the inside of the lid to help keep the product fresh and prevent spills.
Consumer Convenience Technologies’ new technology is the first major innovation in metal jar lids in 75 years.
“I’ve worked closely with CCT to thoroughly test EEASY Lid for its suitability to ensure safety and stability of food products hot-filled into glass containers,” said Dr. Bruno Xavier, a processing authority at Cornell University. “Through our studies, we’ve found that these lids provide a stable hermetic seal. By pressing the center of the EEASY Lid, users simply release the vacuumed air, making it easy to open—ultimately providing a better experience to consumers, as indicated by the data provided by the manufacturer.”
The EEASY Lid was created by Pete Stodd, managing partner at CCT and president of Container Development Ltd., which developed the CDL end, used in 75% of beverage cans manufactured worldwide. Stodd was approached by a friend who couldn’t open a jar due to her health issues; he spent the next eight years developing the EEASY Lid.
“About a third of consumers can’t open a jar, so the EEASY Lid expands the market for manufacturers and retailers by making the product useable to everyone,” said James Bach, CCT managing partner.
CCT will begin producing CT versions of the EEASY Lid in December. CCT has also developed the world’s first aluminum lug, which it will begin using for EEASY Lids in January. Testing on the lug version of the EEASY Lid showed a 58% reduction in the amount of torque needed to open a jar compared to a traditional steel lug.
EEASY Lids will arrive in stores in January. Pennsylvania-based Boyer’s markets will use the CT EEASY Lids on its Darci’s brand pasta sauce in all 18 of its stores. The product will be produced and packaged by Stello Foods and distributed by Cavallaro Foods.
“After working in the food packaging industry for over 30 years, it is nice to see an advancement in packaging design as simple and effective as the EEASY Lid,” said Nickki Stello, owner of Stello Foods. “I could easily see this lid becoming the preferred jar lid packaging solution for the industry, accepted and appreciated by all consumers.”
CCT has performed numerous tests on the EEASY Lid, having shipped test products by air and ground domestically, to Canada and even France, as well as filling and shipping products at different elevations.
“Once people experience the EEASY Lid, they’re hooked,” said Bach. “We’ve developed a simple solution to an issue that everyone can identify with. Opening a jar equipped with the EEASY Lid is a completely different experience.”