Limited-edition gin bottle is off to the races

Clever design touches for a limited-edition gin celebrating U.K. Newmarket Racecourse include a leather collar and a clear, binocular-shaped window on the front panel.

Celebrating the history of horse racing at Suffolk, England’s Newmarket Racecourse, a new limited-edition small batch-gin with clever, horse race-themed packaging, was launched in mid-May 2016 by the historic Bedford Lodge Hotel and Spa. The Newmarket Gin was created for the hotel by Master Distiller John Walters, who supplies gin to the Queen and runs an independent small-batch copper pot distillery three miles from Newmarket.

The Bedford Lodge Hotel and Spa, based in Newmarket, Suffolk, was built as a hunting lodge in 1820 for the Duke of Bedford and has passed through the hands of many well-known racehorse owners since then.

The gin is distilled at 42% and contains classic botanicals of juniper, coriander, bay leaf, Seville oranges, and almonds, as well as the more unexpected wild horseradish, Devil's Dyke orchid petals, wild chives, alfalfa, and assorted wildflowers, all foraged from Newmarket.

A limited-edition batch of The Newmarket Gin will coincide with the 350th anniversary of racing in Newmarket. A small number of the anniversary bottles will be presented in custom boxes, containing a set of branded hand-blown glass tumblers, which will be gifted to winners of the 1,000 and 2,000 Guineas Races, as well as Her Majesty the Queen.

The design for the special-edition gin was created by Nude Brand Creation. Says co-founder of the company Bernard Gormley, “Upon visiting the hotel and researching its history, we began to realize just how entwined it was in the history of Newmarket’s racing and discovered numerous stories and intriguing characters that could form the basis of the product story.

“However, as the project developed so did ambitions for the gin and, most importantly, its distribution, therefore it was decided to broaden our field of vision and focus on Newmarket as the home of horse racing.”

The packaging is inspired by the Newmarket racecourse, as well as English photographer Eadweard Muybridge’s pioneering work in the study of the running horse. The frosted glass gives a tactile feel and provides a binocular window to spy the running horses on the back of the glass. The horse featured is last year’s winner of the 2,000 Guineas at Newmarket. As the bottle is rotated, a sense of motion is given to the racers on the back of the glass.

The paper label at the base of the bottle bears the signature of Master Distiller John Walters, as well as information about the crafting of the spirit, displayed in a way that is reminiscent of old horse-race betting slips. The bottle is sealed with a wooden stopper.

“The shade of leather on the leather collar is the historic Newmarket Tan, once used by traders to determine the destination of carriages during its days as a major market town,” explains Gormley.

“Each collar is handmade in Newmarket by Gibson’s Saddlers, founded in the early 1900s and now a family-owned company. Gibson's supplies racing colors to HerMajestyQueen. The stitch detailing and metal button echo the craft of leather riding equipment, and the ribbon tag is in the Newmarket stripe used for equine blankets.”

Says Bedford Lodge Hotel owner Mike Kean says, “The attention to detail from Nude Brand Creation has created a truly beautiful, original, and engaging design that I’m sure will captivate horse racing and gin fans alike. The design reflects the craftsmanship and locally foraged ingredients that make up this unique and premium gin.” 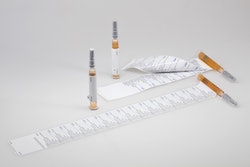 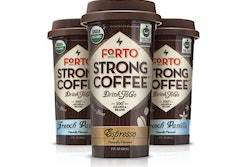 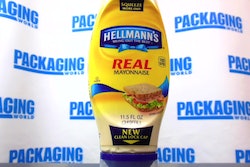