Design firm brings Real Ale’s 20 brews under one label design, while communicating the story and vision behind each beer variety with custom wood block-inspired icons.

Real Ale Brewing Co. is one of the most beloved craft brewers in Texas—and also one of the most prolific, with more than 20 beers in its full lineup. Born in a tiny basement in Blanco, TX, it has been a cornerstone of the Texas craft beer scene since it opened in 1996. However, the homey, handcrafted label designs used for its beers had limited the brewer’s potential as a unified brand.

The challenge for The Butler Bros was to create a design system flexible enough to communicate each beer’s unique characteristics, yet cohesive enough to unify the Real Ale brand across the store shelf. During the design process, Marty Butler, founder of The Butler Bros, says they worked closely with the brewery ownership, Real Ale’s sales and marketing team, and the men and woman who brew the beer to share and vet ideas. “At times there were 20 people in the room reviewing design,” he says. “We honored those voices as we made decisions.”

As part of the new brand identity system, The Butler Bros crafted a new logo that leverages a “sprocket” design from the Firemans #4 label and placed within it a stylized hop-flower graphic. The logo appears on a label on the neck of the bottle. A triangular black-flag element with the Real Ale name in white is placed at the top of each front-panel label to add brand cohesiveness and awareness.

For each beer variety, The Butler Bros used existing colors, which they updated to help consumers make the connection between the old and the new. For the primary beer typography, they chose a bold sans font with angled terminals, which Carter says is “a fitting type expression for the no-frills, get-it-done brewers at Real Ale.”

Each beer has a unique wood block-inspired icon that was designed with input from the brewers, taking into consideration the backstory and inspiration for each variety.

In February 2015, Real Ale rolled out the new label for 15 SKUs, including 12-oz cans and 12-oz bottles. After the launch, Real Ale created a line extension of five new beers in a 22-oz bomber bottle format.

Says The Butler Bros, the new line created a challenge within a challenge in terms of the label design: “We needed to follow the clean, minimalist design template that worked so well for Real Ale’s core line, yet we also had to encode them with subtle visual cues to create a unified presence within the broader group. And finally, each SKU needed to shine with unique imagery that could capture its individual flavor and spirit.”

Automatically distinguishing the line from the core products, the bomber bottles have a curvier shape. For a subtle difference in design, rather than use a paper label with the “hop sprocket” logo on the neck of the bottle, The Butler Bros left the neck bare to show off its contours.

The front-panel label, as with the label for the core design, also includes the black flag at the top, directly below which is a large color block that holds the name of the beer in large block letters, artwork designed for each variety, and smaller text that provides information on the taste, the alcohol content, and the brand’s core message: “Unfiltered. Only in Texas. Unpasteurized.”

The new line in the bomber bottle was launched in two stages, in May 2015 and September 2015.

According to The Butler Bros, the brand refresh was a success, with Real Ale experiencing a positive impact across its entire line. In fact, it says, several SKUs that had fallen into obscurity now have renewed interest from consumers. 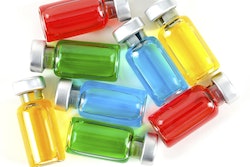 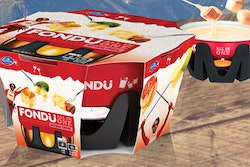 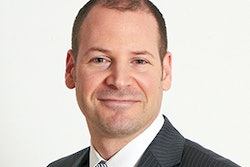