Following in the footsteps of Finnish dairy Valio, Arla Foods of Sweden has become only the second chilled beverage producer to adopt Tetra Pak’s Tetra Rex® Bio-based carton, made entirely of renewable material—from carton to cap.

Arla launched its Eko brand of organic milk in the renewable carton in a 1-L format in April 2015.

As Greta Björnöy, Product Manager Milk, Arla Foods, explains, the switch from a traditional, petroleum-based carton to the Tetra Rex Bio-based was prompted by the company’s desire to reduce its packaging’s environmental footprint. “Arla foods has a target to reduce the climate impact from our packaging, and we want to increase the share of renewable and recyclable packaging material. The bio-based carton delivers on all these goals. Eko is Arla Foods’ Swedish organic product line and offers many added values from a sustainability perspective. Improving the packaging even further from a sustainability perspective was a logical choice.”

The Tetra Rex Bio-based, in a standard gabletop format and available in a range of volumes and sizes, is constructed of layers of bio-based plastic on either side of a layer of Forest Stewardship Certified-paperboard. The plastic layers are made from low-density polyethylene produced by Brazilian chemical company Braskem, which sources all of its feedstock from sugarcane grown on degraded pastures. The TwistCap OSO 34 cap, available from Tetra Pak for gabletop cartons since March 2014, is made from high-density polyethylene, also made from sugarcane and supplied by Braskem. Because the package is intended for use with chilled, pasteurized products, it does not have an aluminum layer, unlike an aseptic package.

According to Christina Chester, Product Director Carton Gable Top for Tetra Pak, two broad challenges had to be overcome in the development of the Tetra Rex Bio-based, which was introduced in October 2014. “The first, from a research and development perspective, was to ensure that the bio-based plastic performed identically to conventional plastic under all conditions. This was achieved through close collaboration with Braskem, which developed and supplied a polymer to meet our specifications.

Through life-cycle analysis of the bio-based carton, Tetra Pak has determined that the package provides a carbon footprint improvement of 20% to 30% versus the company’s conventional Tetra Rex carton over the entire life of the package. “In addition, there are more unquantifiable benefits, such as the sustainability advantages of switching to renewable resources and the potential additional appeal to environmentally conscious consumers,” says Chester.

For Arla, this advantage comes at a price, although not a significant one. As Chester explains, while bio-based PE does cost slightly more right now than conventional PE due to relative scarcity of supply, that price should come down to the same level as petroleum-based PE as supply increases.

Having just launched its new bio-based carton in April, Arla says it is a bit early to evaluate customer acceptance. “It is a complex message, and it takes some time to get through to the consumer,” says Björnöy. “Organic as a segment is going very well, and we expect a further increase, as the segment is growing rapidly. Last year, our organic sales increased by more than 30 percent.”

Björnöy adds that the expansion of Arla’s use of the Tetra Rex Bio-based with other products in Sweden will be determined by market response. Currently, Arla is scheduled to introduce a milk product in the bio-based carton in fall of 2015 in Denmark. 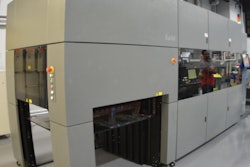 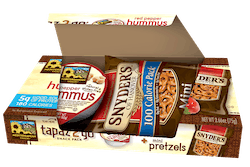 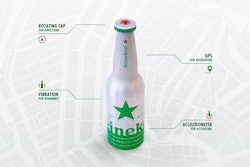