To brighten up its packaging and develop a common graphic element for all of its product lines, Honest Tea undertakes a two-year redesign project for its bottled tea.

Launched in 1998 and now the nation’s top-selling organic bottled tea, the Honest Tea brand is known for its healthy and exotic ingredients and corporate social responsibility efforts. The brand is also known for its iconic packaging graphics—a “keyhole T” and black border—used on the labels for its glass and PET bottles of ready-to-drink tea. But after using the same label elements for 16 years, Bethesda, MD-based Honest Tea felt it was time for a brand refresh.

“We had been on the shelf for 16 years with the same basic look,” says co-founder and TeaEO Seth Goldman. “As much as we had become the best-selling tea in the natural foods category, and as much as we continue to grow, we felt it was an appropriate time to be thinking about what we could do on our labels to bring out the ingredients and the romance—the cultures behind our drinks—in a more explicit way.”

Also, having broadened its product line over the years to include such beverages as Honest Kids organic juice and Honest Fizz carbonated drinks, Honest Tea wanted to create a vehicle that would communicate that these products were part of the Honest Tea brand portfolio. “We realized we couldn’t use the big ‘T’ when we made a kids’ drink that doesn’t use tea, and Honest Fizz, which isn’t a tea line either,” says Goldman.

One of the first changes Honest Tea made to its label graphics was to remove the black borders from the top and bottom. While distinctive, the black bars created a bit of a recessive look on the shelf, especially if a store were dimly lit, explains Goldman. In their place, Honest Tea added bars decorated with artwork carried over from the main graphic, featured in the keyhole T icon. “The artwork inside the T has always been our way to celebrate and recognize the origins of the drink,” says Goldman. “We think of the T as a keyhole—you look inside the T, and you get a bit of a view of where the tea comes from. We decided to use the border to continue the story.”

For example, he says, the Black Forest Berry Tea uses the image of a bear picking berries in a tree within the T. “Then we said, ‘What’s going on beyond that picture?’ The border gave us a chance to show the leaves and berries. It gives a fuller picture.”

The other major change to the label graphics is the redesign of the Honest brand logo, from an uppercase Garamond font that Goldman describes as “fairly thin,” to a bolder, upper- and lower-case version. Making the logo more ownable, Honest Tea uses a tea-leaf graphic as the arm of the “t,” referencing the products’ natural ingredients. The “Tea” after the Honest name has also been dropped.

Though the two-year redesign project was full of “angst, anxiety, and debate,” for Honest Tea’s “brand fanatics,” says Goldman, the final result was one that everyone has embraced.

“I think we ended up with something that continues to be ownable and that continues to really celebrate the heritage of the brand, but that also is distinctive and is clearly the Honest brand when the consumer sees it on the shelf.”

The glass bottles with redesigned labels launched on shelves in November; Honest Tea’s 16.9-oz PET bottles will feature the new logo and branding sometime in the next year. As for Honest’s other product lines, they will be redesigned with the new logo as well. 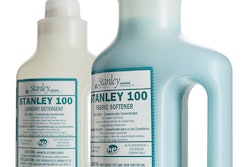 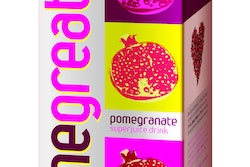 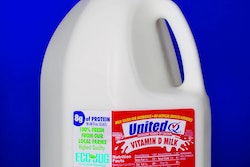