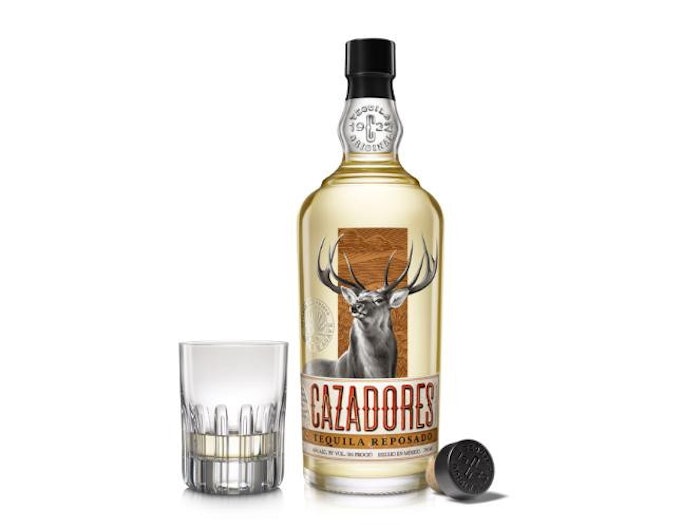 Cazadores®, a 100% blue agave tequila sold in Mexico and the U.S., has launched new packaging for its line of premium tequilas, coinciding with Mexico’s Fiestas Patrias, which celebrates the country’s independence from Spain in 1810.Created in 1922 by Don Jose Maria Banuelos in Arandas in the Los Altos region of Jalisco state in Mexico, Cazadores is steeped in tradition, using the same recipe and process developed more than 90 years ago.The evolution of the packaging reflects the Cazadores commitment to its heritage and authenticity with a new premium design that takes the legendary brand into the future.

“Our new packaging is another momentous step in Cazadores illustrious history that spans almost a century,” says Rene Valdez, Senior Brand Manager for Tequila Cazadores. “The juxtaposition of Cazadores’ perennial roots with an updated look and feel is sure to excite our existing consumers, as well as attract new ones.”

The most distinctive feature of Tequila Cazadores’ new look is a redesigned bottle with a stylish shape that showcases the spirit’s premium essence. An embossed neck references 1922, reminding consumers of a long-standing heritage, rich tradition, and time-tested recipe. Embossed on the back of the new bottle is copy that emphasizes the tequila’s provenance from Los Altos de Jalisco and the 100% agave promise. A new cork closure adds a rustic yet premium appeal.