Gordon Biersch Brewing Company redesigns the package graphics for its German-style craft beers, with colorful hues and a custom cap with a debossed, textured logo. 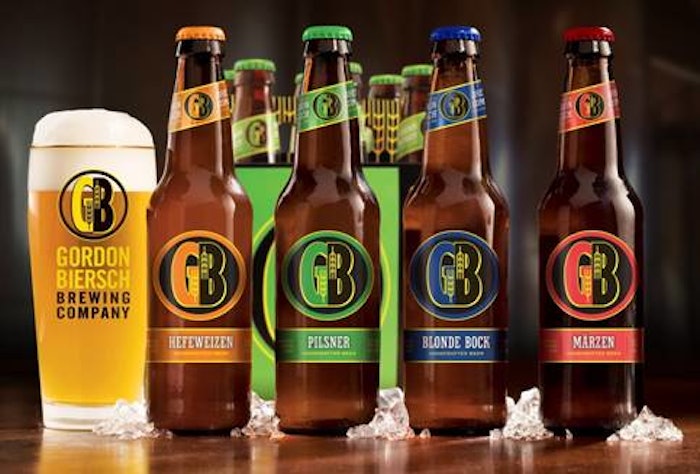 With the new packaging, each bottle is now emblazoned with colorful new neck, front, and back labels, and complementary cap, with a different hue corresponding to each brew. The “G” in the circular “GB” Gordon Biersch logo with the familiar barley stock icon is also toned to match the new color scheme. According to the company, the crown caps are the first of their kind featuring a debossed, textured logo.

“The goal was to create packaging that spoke to our commitment and dedication to producing heritage, German-style beers with all-natural ingredients and applying age-old techniques with the benefit of the most state-of-the-art brewing technology,” says co-founder Dean Beirsch. “We always brew according to the German purity law of 1516, called the Reinheitsgebot, which stipulates the use of only malt and hops and natural carbonation.”

The new bottles are available at off-premise accounts wherever Gordon Biersch products are sold.