With funds from Kickstarter, three friends develop a bold BBQ sauce packaged in a custom a honey badger-shaped bottle that overcomes a number of production challenges.

Consumers used to seeing the cuddly bear-shaped bottle on store shelves for honey products will take a second look when they spot the packaging for new Honey Badger BBQ Sauce, the creation of three California friends with a “‘burning’ passion for spice and good BBQ,” according to the Honey Badger Products’ website. The company’s super-spicy honey-and-habanero sauce brand, originally developed in a home kitchen, gets its brand name and playful package shape from a popular YouTube video—it has nearly 63 million views and counting—that parodies a National Geographic program on the African honey badger.

In 2011, with the product formulation and package idea in hand, the fledging company raised nearly $50,000 on crowd funding website Kickstarter to put its homemade sauce recipe and badger bottle design into full-scale production. Initial 3D sketches of the bottle, created by a designer in England, established the distinctive structure of the container, which depicts a savage honey badger wrestling a cobra and includes fine details, such as the badger’s sharp snout and teeth, and other features that bring the image to life. However, these details presented multiple mold-making, production, filling, and labeling challenges.

To translate their vision to reality, Honey Badger Products worked with Berlin Packaging’s Studio One Eleven, which collaborated with mold maker Creative Blow Mold Tooling, blow molder Parker Plastics, and co-packer Arcobasso Foods to ensure the resulting bottle could be manufactured and filled.

Among the challenges presented by the initial 3D design, the length of the badger’s snout and the heavy detail on its face would have caused uneven plastic distribution during blow molding. It would also have resulted in filling complications, because the bottle opening would not have been centered for the fill heads. The irregular shape of the bottle lacked a neck or other spot that could be gripped by the filler’s scrambler machine to properly orient the molded bottles for filling. The protruding belly, back, and nose also yielded positioning difficulties on the conveyor, and the location of both the snake and the badger’s claws left insufficient label space.

To address these issues, consultants at Berlin Packaging suggested modifications ranging from shrinking the size of the snout to reducing the circumference of the body to allow the bottle to hit the guiderails on the filling line at the appropriate points. Other recommendations included adding contact points on the badger’s shoulders and legs to aid alignment on the fill line, moving the snake and claws on the front of the bottle to create a label panel, and adjusting critical features like the fangs to ensure that there would be adequate definition when the bottle rolled off the production line. Says Berlin Packaging’s Cathy Murphy, “We didn’t want the bottle to look like a honey bear.”

In January 2013, Honey Badger BBQ Sauce launched in a 16-oz bottle on the company website in two versions. Cobra Strength, priced at $6.99, is decorated with a pressure-sensitive label and uses a stock black heat-induction liner cap. The limited edition, “palate-on-fire version,” Triple Cobra Strength, priced at $60, used an embossed, numbered, metal badge and the same closure in red. The limited-edition bottle sold out almost immediately to Kickstarter funders and others.

According to Honey Badger Products, the milder version has also sold briskly online, has earned placements in several San Francisco-area stores, and is now scheduled for wider distribution. In May 2013, the sauce bottle won an NACD Package Award.

“The package is the centerpiece of the whole brand,” says Honey Badger Products co-creator Paul Lees. “Barbecue sauce is the most competitive condiment in the market. On the shelf, most of them look the same. Our package is a huge market differentiator, and that’s why it was so important to get it right.” 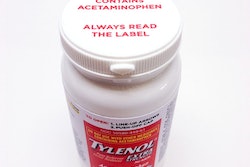 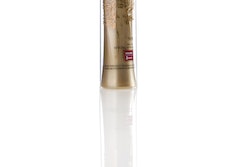 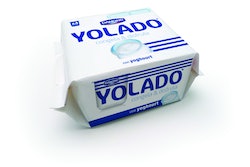 Danone launches an unfrozen fro yo