Sabra Dipping Company attributes the extraordinary growth of its hummus brand to its category-changing package design. 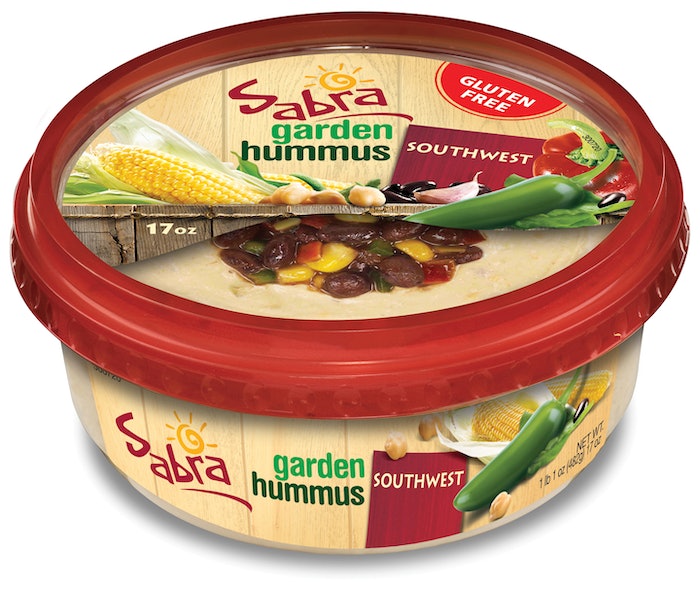 Harkening from humble beginnings in Queens, NY, in 1986, where it provided hummus and other Mediterranean foods to a niche market of kosher consumers, Sabra Dipping Company, LLC today boasts more than a 55% share of the North American hummus market—making it the largest manufacturer of hummus in the world. In 2011, the company grew 30%; earlier this year, it was on-track to see 20% growth for 2012.

In 2010, Sabra—now jointly owned by Israeli food company Strauss Group and PepsiCo’s Frito-Lay division—opened a $61 million plant in Colonial Heights, VA, designed to keep up with the current and future growth of the brand. A visit from Packaging World to the new plant to learn of the facility’s state-of-the-art packaging capabilities, however, yielded this response from Meiky Tollman, chief of operations for Sabra: “There are some unique things about our packaging equipment, yes. But the real story of our success is the packaging itself. With our packaging, we have made a revolution.”

Thus, Tollman related the story of how Sabra took its niche-market product from a local community of consumers to distribution in more than 40,000 retail stores across North America. “This is the power of the package,” he says.
A touch of the Mediterranean

In 2004, Sabra began its push to move its brand beyond the kosher market into more general distribution. Tollman relates that the vision of Sabra’s Israeli-born founder “was to bring to Americans a food that is good for you, that is tasty, that brings people together, and that brings joy to peoples’ lives.”

At that time, hummus was a relatively small category in the U.S. supermarket—Tollman estimates it represented less than $100 million. Sabra differentiated itself from existing hummus offerings of the time through both its packaging and the quality and flavor of its product. The first thing that distinguished Sabra’s hummus package was its size. Existing hummus brands at the time had standardized in a round, 117-mm plastic container with lid; Sabra opted for one that was 143 mm. “Everybody told us that it would not be successful,” says Tollman. “They said the buyer would not let us put products so wide on the shelves. It was such a small category, and our product took up more than one space.”

The next most striking feature of the package was its use of a deep-red color around the rim of the lid, with the rest of the lid remaining clear. Tollman says the red-colored rim was a “breakthrough in packaging in this country.”  The transparent top also allowed shoppers a view of the “kitchen-fresh” product within, which offered a unique presentation, with fresh garnish decorating the top of the hummus.

A pressure-sensitive label covering half of the lid was die-cut in a wave pattern on the bottom, while an updated version of ancient letters for the Sabra logo on the label also echoed that wave. The undulating line represents a dance, says Tollman. “All Sabra is like a dance,” he says. “It also represents the way the customer dips into the hummus.”

The rest of the label was decorated in warm Mediterranean hues of gold, red, and burnt orange, with a stylized gold sun icon positioned over the logo. Photography of fresh ingredients for each flavor—for example, plump, juicy olives and chickpeas for the Greek Olive Hummus variety—also adorned the label.

Lacking funds in its early years for marketing and advertising, Sabra attributes the early and rapid success of its hummus brand to the sea of red-rimmed lids and fresh product that greeted consumers in the retail environment. “We call it the Red Impact, or the Sabra moment,” says Tollman. “It is the Sabra magical moment when the consumer reaches the shelf and sees a red ocean in front of them. It impacts them, and they want one of them, so they put it in their cart. And then they take it home and open it up in front of guests, and they say, ‘Wow, it’s so beautiful.’”

After two years in Publix supermarkets, Sabra quickly outpaced its competitors, doubling the growth of the category. “We called it the extreme category makeover,” says Tollman.

The power of the package

Since the launch of its eye-catching packaging in 2004, Sabra has maintained the same design, only changing the material of the package. As part of a green initiative, in 2009 Sabra began transitioning its polypropylene packaging to PET, with 30% to 45% of the material made up of post-consumer recycled content. With the change, Sabra also switched its packaging supplier from one in Israel to U.S.-based Genpak.

One of the biggest challenges that accompanied the change, Tollman relates, was achieving the red color around the rim of the lid, along with the see-through center. “This technology didn’t exist before in this country,” he says. Other challenges involved adherence of the pressure-sensitive labels to the new lid, and the nesting of the containers. All these issues were resolved through Sabra’s collaboration with Genpak.

Today, the company offers 100 SKUs of hummus, in unique flavors like Tuscan Garden, Spinach & Artichoke, and Basil & Pesto, formulated specifically to appeal to the American palette. Its products come in 2-, 7-, 10-, and 17-oz sizes, as well as a 3.5-oz Grab & Go dome-shaped package that offers hummus and pretzels, and several club-store sizes. It has also expanded its product line to include salsas, vegetable dips, guacamole, and vegetarian sides. “This is the power of the package,” reflects Tollman. “Anyone will tell you that the Sabra package has had an amazing impact on the consumer.”