Are you adhering to your medication regimen?

Packaging addresses nonadherence by staying with patients and/or caregivers, and building outward with other tools that link to or key off the package.

Medication nonadherence/noncompliance, where patients fail to take their medications as prescribed, is contributing to “a global epidemic causing countless deaths and billions of dollars in health care system waste annually,” according to The Medication Non-Adherence Blog.

That’s according to Kate Reid of Atlantis Healthcare, whose article, “The Heart of the Non-Adherence Epidemic,” appeared in The Medication Non-Adherence Blog earlier this year. Reid’s blog says, “Tackling nonadherence to medicines could be the single-greatest innovation in reducing wastage and improving health outcomes for all. Nonadherence is a complex behavior, driven by the beliefs that patients have about their condition and their treatment.”

Asked to comment on the 70% quote regarding intentional nonadherence, Walter Berghahn, president of SmartRmeds for life, and executive director of the Healthcare Compliance Packaging Council, offered the following insights:

“It's a fair statement, but I think the level may be high, although, if you include folks who cannot afford their meds and ‘choose’ not to buy them, then maybe it could be valid that 70 percent of nonadherence is intentional. That being said, poor health (medication) decisions often come from a lack of knowledge.

“The HCPC always promotes that graphics on compliance packaging are not solely about reminding but equally important, educating. Lack of understanding for the disease condition or asymptomatic conditions from high cholesterol or high blood pressure are a huge problem. Packaging alone will not solve this. Reminders and educational tools in print, electronic form, and social media all have a role in improving adherence.

“The packaging has the unique benefit of staying with the product and has the best chance of being seen by the patient and family members on a daily basis. This is why we feel it is so important to start with the package and build outward with other tools that link to or key off the package. Calendarized packaging has the benefit of leaving evidence of the dispense events in the simplest form—Tuesday’s [dose] is there or it is not. Short of integrated electronics to detect opening events, a simple calendar feature is right in the face of patients and caregivers (family or professional) on a daily basis.”

Big news on the compliance-prompting packaging front came when Walmart announced that this summer, more than 3,600 of its nationwide pharmacies would employ the new Shellpak® Renew package from MeadWestvaco Corp. Shellpak Renew features a tear-resistant, recyclable outer carton, an easy-slide blister, and an integrated calendar for patients to easily track their medications. (A sample retail pack is shown here.)

Kinsey adds, "Our packaging initiatives are principally focused on the patient and the ability to improve therapy adherence by properly taking medication as prescribed. It is our hope that the industry will join us in these efforts and eventually migrate away from traditional vials for the benefit of the customer."

MWV cites research showing that half of all patients in the U.S. today do not take their medicines as prescribed. Poor medication adherence can lead to worsening of disease, serious and avoidable health risks, increased hospitalizations, and death. The annual cost of nonadherence in the U.S. is estimated to be $290 billion, representing 13% of total healthcare expenditures.

Shellpak Renew is based on MWV’s original Shellpak design, and was developed with feedback from pharmacists and patients. The new Renew packaging has a smaller footprint requiring less shelf space. The outer carton is made of MWV’s Natralock®, designed as an environmentally friendly paperboard-based packaging that maximizes the use of recyclable materials and minimizes waste. The package also contains enhanced adherence features, including color-coded spine labels to help distinguish among drugs, and easy-open, child-resistant push buttons.
.
Part of the healthcare ‘solution’

The Walmart/MWV pack earned HCPC’s Second Runner Up award in the organization’s 2012 Compliance Package of the Year competition. HCPC is a nonprofit trade association devoted to improving patient adherence through intelligent packaging. It recently released a white paper that compiled the results of eight separate studies conducted over the past two decades that support the use of compliance-prompting, calendarized packaging as a successful tool for improving patient adherence.

The paper says, “Although there are many package forms that can incorporate compliance-prompting features, these features are most often found in a blister format that provides a schedule with the days of the week and times (AM/PM) clearly reminding the patient when to take the medication. Many pharmaceutical manufacturers include detailed patient information and branding on a compliance-prompting package in an easy-to-read format, as it can be designed with adequate space.”

Berghahn says, “We’re thrilled that the nation’s health care system is becoming more aware of the impact poor patient medication adherence has on the overall health of the populace. Compliance-prompting packaging is a simple tool that can help reduce healthcare costs. What is puzzling is that calendarized, compliance-prompting, prescription packaging is often ignored as a tool to help the patient take the right dose at the right time. Yet, pharmaceutical packaging is the closest communication vehicle to the patient when he/she is preparing to take medication. Study after study over the past 20 years supports the use of modernized patient-prompting packaging to improve patient adherence. At a time when healthcare costs are out of control, here is a simple solution that can have significant impact on cost reduction.”

Another example of a compliance-prompting pack is the Child Resistant (CR) Slider pack from Burgopak. Manufactured by McKesson RxPak, the CR Slider pack incorporates the operating system of the original Burgopak design, while also including senior-friendly features.

The pack is being used in France by Sanofi Aventis for its Doliprane brand of paraSetamol (or acEtaminophen), a market leader in the area of pain relievers. For years it had been sold behind the counter, or prescription only. More recently, however, regulations changed, making the product available over the counter.

(Watch a video of the Sanofi Aventis/Burgopak patient-compliant pack here.)

By pulling on a tab, the package slides open, revealing a blister containing the pain reliever on one side, and the printed patient information leaflet on the other side. The two portions slide out simultaneously from the protective paperboard outer portion. The sliding effect of the pull and blister working together is delivered by a sliding band attached to both components at the heart of the package.

These components are combined and assembled through a Burgopak assembly machine, developed in partnership with Burgopak by Bosch Packaging.

Because of the efficient assembly process, the depth of the product is less than might be necessary for a more typical pharmaceutical carton in order to accommodate the manufacturing requirements of automating the fitting of a blister and folded leaflet into a carton.

Sanofi-Aventis’ DolipraneLib is one of five products that was honored last year at the Impact Pharmacien awards in France. More recently, the pack won the “Most Innovative Child Resistant Packaging Design” at Pharmapack Paris 2012, and the Burgopak Slider was honored for its “Innovative Design” by the HCPC.

In discussing the pack for last year’s awards in France, Isabelle Senges, product manager at Doliprane, Sanofi-Aventis, said, “Doliprane, in its 60 years, has always been close to the consumers. We have launched a wide variety of dosages. DolipraneLib is a turning point in the product’s history with how we have innovated in terms of packaging. The slider opening system is very original and modern.”

The Burgopak CR Slider pack achieves the U.S. Consumer Product and Safety Commission’s F=1 for child resistance and senior friendly effectiveness. The pack encourages compliance by keeping the blister, patient information, and outer carton connected at all times, while also keeping the pack compact and portable. 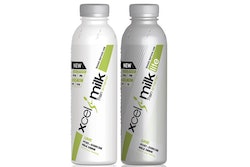 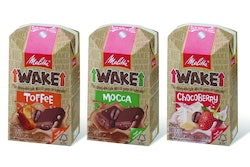 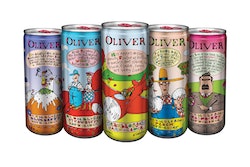