BPA gets into court, too

Most of the discussions about bisphenol A, or BPA, in this column have been about how regulatory officials and governments have reacted to the chemical’s presence in packaging.

Eric F. Greenberg
Most of the discussions about bisphenol A, or BPA, in this column have been about how regulatory officials and governments have reacted to the chemical’s presence in packaging. There is another forum in the debate over BPA, however: Courts.

The Natural Resources Defense Council, an environmental advocacy group, dissatisfied with FDA’s actions on BPA, has filed a complaint in federal court in New York. It all started back in October 2008, when NRDC filed a “Citizen Petition” asking FDA to ban the use of BPA in food packaging altogether. They wanted a new regulation prohibiting BPA in food packaging and in human food, and revocation of all the regulations permitting use of food additives with BPA.

When FDA failed to respond to the NRDC Citizen Petition, NRDC went to court to ask a federal judge to force it to respond. Procedurally, the essence of their argument is that FDA’s failure to take final action on the petition is “agency action unlawfully withheld or unreasonably delayed.” A federal law called the Administrative Procedure Act requires regulatory agencies to act in accordance with all applicable laws and in a reasonable manner. NRDC says FDA is violating that requirement by failing to respond to the group’s petition. What’s more, says NRDC, FDA’s own regulations require it to approve, deny, or give a tentative response to a petition within 90 days, though it can give itself another 90 days after that, and the agency didn’t honor that deadline, either.

We will have to wait and see whether the federal court in New York is sympathetic to this procedural argument that the agency didn’t follow the law and regulations by not answering the petition one way or another. It’s not clear why FDA is delaying, though it doesn’t have sufficient resources to respond promptly to all the petitions it receives, and, let’s face it, the agency knows full well this issue is a volatile political football.

Despite that, though, the agency has repeatedly examined the issue of BPA’s safety and issued statements in other contexts reaffirming the safety of packaging related exposures.

For that reason, NRDC might have a bumpier road with the substantive part of this issue. In other words, if NRDC succeeds in forcing FDA to answer the petition, the answer is likely to be ‘no.’

BPA has a bad public image, but U.S. and foreign scientists and governments continue to produce evidence that shows current exposures to the chemical are no cause for concern. (As recently as September 2011, an Environmental Protection Agency study concluded that the exposures from food cans do not lead to detectable blood levels of BPA.) The fact that many packaging makers and users are moving away from BPA appears to be a reaction to the publicity problem, not the safety issue. (See www.packworld.com/article-30839, www.packworld.com/article-32275)

The very first paragraph of the NRDC complaint says that BPA is used in food packaging for a variety of products, and then says, “BPA leaches from the packaging, contaminating the food of American consumers.” Well, yes it leaks, but let’s not get ahead of ourselves and use an inflammatory word like “contaminating.” If the substance didn’t leach or migrate or move from packaging into food, it wouldn’t be regulated as a food additive. The fact is, the issue is not whether it gets into the food or not, it’s whether the amount that gets into food presents any health risk at all.

Furthermore, the complaint, in attempting to make the case that current levels of exposure to BPA are unsafe, points to a 2007 report “Funded by the National Institutes of Health,” in which they say “a panel of more than three dozen independent scientists concluded that BPA exposure at current levels presents significant risks to human health.”

But Dr. John Rost, chair of the North American Metal Packaging Alliance, a trade group that includes makers of cans with BPA, says that 2007 report is neither an official NIH report nor an accurate representation of scientific evidence. After all, subsequent to that report, both FDA and the European Union reaffirmed the safety of current levels of exposure to BPA via packaging. Dr. Rost says that FDA and the European Food Safety Agency are joined by other international organizations in this conclusion, including the World Health Organization, the German Federal Institution for Risk Assessment, Food Safety Australia at New Zealand, Health Canada, and the Research Institute for Science for Safety and Stability in Japan.

Well, says NRDC, in addition, FDA is under-estimating the level of BPA exposure people get in any event. Again, Dr. Rost disagrees. He points to that recent EPA study that appears to show that humans exposed to BPA via canned foods can quickly remove the BPA from their bloodstream. Also, he says, evidently, the rodent’s ability to move BPA out of its bloodstream is much less efficient, and in most rodent studies, BPA is injected directly into their bloodstream, bypassing the metabolic path to eliminate BPA from the body.

With this court action, NRDC might be buying itself a rude case of ‘Be careful what you wish for.’ Based on the agency’s past statements, there is a realistic possibility here that if forced to make a decision by a court, FDA will conclude its review of the citizen petition by denying it.
Related Stories 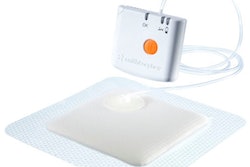 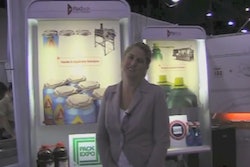 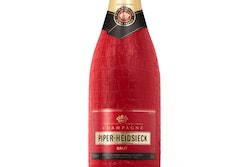