As policy makers attempting to fix the nation’s economy seek a balance between big-time government intervention and America’s passionate belief in free markets, many economists are turning conventional wisdom on its head.

J. Bradford DeLong, a University of Berkeley economic historian, put it this way in a recent L.A. Times story.

“These are not moderate, centrist times, so economists who in normal times are moderate and centrist aren’t going to act that way now. The wild-eyed radicals are looking pretty sensible.” In times like these, DeLong suggests, prudence has become the most imprudent thing.

Surrounded as we are by such inherently contradictory philosophies, I was glad to receive a recent reminder that prudence should never be viewed as an imprudent thing where consumer goods packaging is concerned. And prudence in packaging circles, it should be noted, begins and ends with delighting the consumer.

My reminder came in the form of an e-mail from a Packaging World reader named Chuck Martin, plant manager at Chicago-based Vita Specialty Foods. Having read our December story that covered Superior Dairy’s rectangular-shaped milk jug and a caseless shipping concept that yields environmental benefits, Martin had this to say.

“I agree with Superior’s concept, but I do question the end result. Yes, customers will be getting more for the buck. And yes, Superior will be reducing labor and wash-down dollars in not dealing with the rigid milk crate. But I didn’t hear anything about the end-user results in your article. My family and I have used the new container several times, and we get residue milk at the lid area and have to wipe it off, as well as the side of the jug. I’m assuming it’s because of the flat design at the opening. Do I have the only incompetent family out there, or do others have the same experience? Love your articles, but this one hit home, and I just wanted to add a ‘Point To Ponder.’ Keep up the great work.”

My guess is that the folks at Superior Dairy were not being “wild-eyed radicals,” as economist DeLong puts it, when they designed their novel and innovative package. And if the truth be told, I find Superior’s “Rock’N’Pour” feature works pretty well. But that’s beside the point. What matters here is that Martin’s comments are a vivid reminder to anyone involved in package design who is trying to balance the need to go green with the need to please the consumer. The reminder is this: If a package design is impeccably sustainable but fails to excite the consumer, it would be imprudent to adopt the design.

Speaking of sustainable packaging, don’t miss this issue’s exclusive interview with Procter & Gamble’s Tony Burns. As the man responsible for developing and consolidating P&G’s sustainable policies on a global scale, Burns’ challenge is to bring some measure of sustainability to a vast array of brands, 23 of which are in the $1 billion in sales category. Kudos to features editor Jim Butschli for assembling the story and many thanks to P&G for participating. 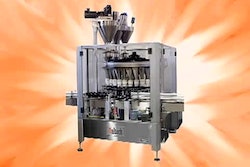 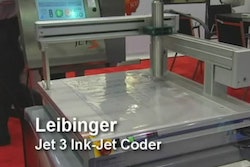 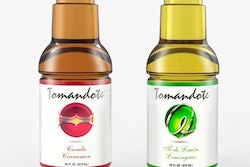