There’s a new option in resealability for beverage containers. 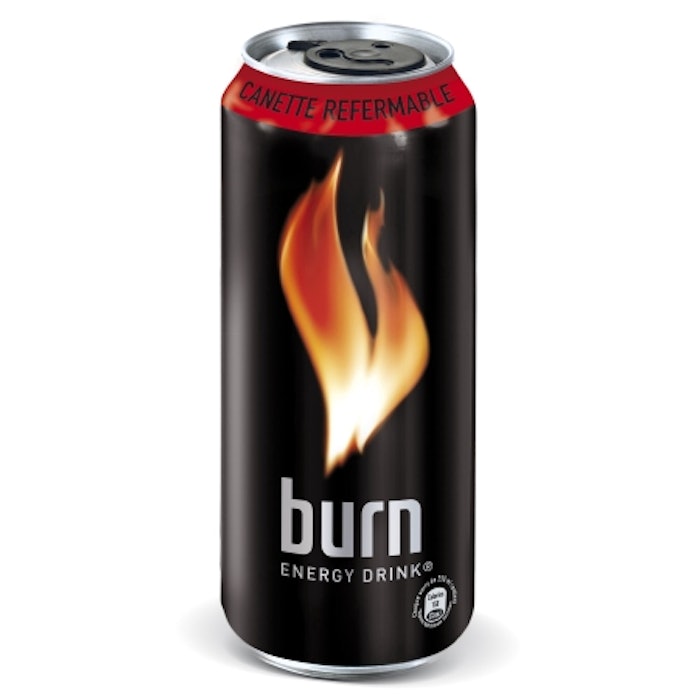 After years of development work, Ball Packaging Europe (www.ball.com) has launched the resealable beverage can. Thanks to a new type of can end made of plastic and aluminum, the Ball Resealable End makes it possible to reseal both steel and aluminum cans after initial opening.
The first application is in 500-mL aluminum cans for Coca-Cola’s Burn energy drink launched into the French market in March.
“Intensive research was carried out to deliver a consumer-oriented solution,” says Vincent Bouin, marketing manager at Coca-Cola. “The resealable end marks a major advance in beverage packaging, and the French trade understood it: They all welcomed the innovation with enthusiasm.”
According to a consumer survey that Coca-Cola carried out during tests last year, the resealable end significantly increases the consumer appeal of the can and contributes substantially to the differentiation of existing brands.
The Ball Resealable End is an aluminum can end into which a flat opening mechanism made of plastic is integrated. A simple rotating movement uncovers the opening. This design permits the new beverage to retain its shape and stackability advantages during transportation and retailing. A tamper-proof feature permits consumers to easily verify that the seal has not been broken prior to the initial opening.
Because the total amount of plastic material used in the end is small, it doesn’t affect the can’s recyclability.
The Ball Resealable End is the result of close collaboration between Ball Packaging Europe, Coca-Cola, and Bound2B B.V., which is based in the Netherlands. Antonio Perra, the director and shareholder of Bound2B B.V., invented the resealable end and further developed it with Ball Packaging Europe.