Moving out of the box and into marketable, protective clear PVC clamshells gets results for ‘The Backup Buddy,’ a mirror assembly for hitching trailers. 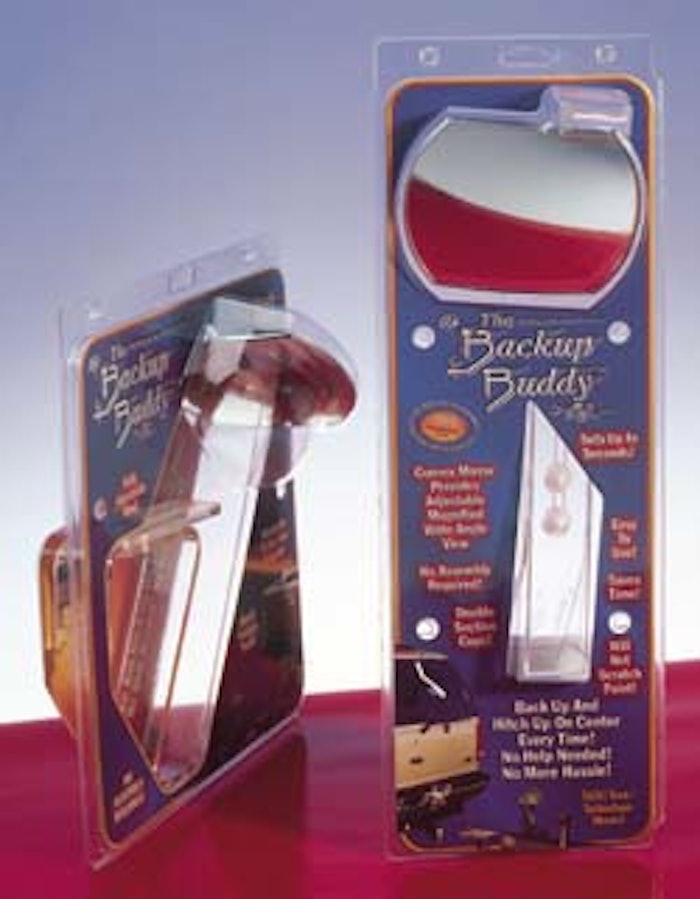 Getting hitched should be as easy to do in Louisiana as it is in Las Vegas. The truth is, marrying a trailer hitch to the back of an auto, truck or SUV is an onerous task no matter where it’s attempted.

Kevin Mazarac, president of Future Enterprises, has done something about that with The Backup Buddy™, a patented mirror and mounting system. Attach one to the back of a car, pickup truck or SUV —there’s a product for each—and you will be hitched in no time, faster than a drive-through wedding off the Vegas Strip.

When it came to packaging, Mazarac first tried a shoebox-sized white corrugated box. But an alert West Coast manufacturer representative sensed there would be a receptive market for the product, convincing Mazarac to repackage it in clear, hinged clamshells that would display and protect the item for retailers and enhance its sales appeal. The clamshells are molded using 24-mil Pentaform® rigid polyvinyl chloride from Klöckner Pentaplast of America. (Gordonsville, VA). Thermoforming is by Dordan Manufacturing, Inc. (Woodstock, IL), which developed the conceptual designs and prototypes for the hinged clamshells, one for each of the three models.

The material’s clarity gives the clamshells excellent shelf appeal and the solid protection it needs from shipping through point-of-sale, according to Mazarac. “The clarity is a big asset,” he adds.

Its easy processibility was another key factor for Dordan, although the company declines to identify the thermoforming equipment it uses.

Marianne Danielsen, account executive at Dordan, says the selection of the Klöckner Pentaplast material was critical. “Klöckner’s material far exceeded our expectations with its ability to draw into the deep areas of the mold, yet still maintain its structural integrity,” she explains. The depth needed is as much as 3’’, which Dordan believed required double-sided silicone-coated vinyl material to allow it to readily release from the mold.

“Klöckner is one of the few suppliers that we’re aware of that can consistently and affordably supply that [type of] vinyl material,” she notes.

In manufacturing the clamshells, the PVC passes through the top and bottom heater ovens of Dordan’s thermoformers, in which temperature can easily be adjusted for maximum material flexibility. Clamshells are formed either one- or two-up, depending on size. The clamshells all have button and platform snaps, explains Danielsen, who is credited by Mazarac with expediting package concept designs and rapidly producing an effective prototype.

Dordan used its highly automated 3D modeling software that’s part of its parametric solids-based CAD/CAM/CNC system to create the molds, that are machined from solid block aircraft aluminum and rough-polished for the prototype samples in various gauges. The tool is then drilled with vacuum holes and hand-polished to a mirror-like finish.

“The clamshells are strong enough to protect the product from the time we ship them down to Louisiana for assembly through the follow-up distribution to retail,” says Danielsen. “This has to do with the material’s consistency.”

Clamshells are received at Future Enterprises’ Houma, LA, plant in large 5ꯠ-count quantities packed in corrugated containers. The nested clamshells are organized and filled by hand with product; then the full color instruction card is inserted. It is offset printed on .012 SBS by CardPak (Solon, Ohio) in four-color process —plus one color, black on the backside, done in a single pass.

The Backup Buddy owes its origin and packaging to plain old practical necessity, says Mazarac. Several years ago his friends, among the many sport fishing and recreational boat enthusiasts along the Louisiana Gulf coast, began to complain in earnest about the difficulty of hooking up their vehicles to their boats. Mazarac saw this as an opportunity to create a useful new product.

Mazarac reports that the whole project began “in the backyard” in 1994 after exhibiting at local boating shows and after responses came in from a direct-mail program using a boat, camping and sporting goods mailing list. Sales got a big boost after attending tradeshows in camping and automotive markets.

Out of the box

“As an R&D company, we had to learn this business—from production to marketing—from the ground up entirely by ourselves,” Mazarac recalls. “The only exception to that came with consultant Tony Cardozo of Cardoza & Associates (Central Point, OR), who believed in the product when he saw it early on. He strongly advised that we switch from the white corrugated box container to a high-visibility clamshell.”

Mazarac adds: “All of our equipment was invented, like our product, out of necessity. When you begin with the ability to make 50 per day and now are working at a rate of 1겨 a day and above, it takes some persistence and inventiveness to keep up.”

Mazarac tells Packaging World his next step will be to upgrade sealing, currently done with the friction-fit snaps, with an electronic or ultrasonic unit.

The national response to the product is growing rapidly. Says Mazarac, “several mass marketers are now talking to us, plus we’re planning national TV advertising as well as future products for the industrial and construction markets.” That’s a nice reflection of the products’—and the packages’—utility. 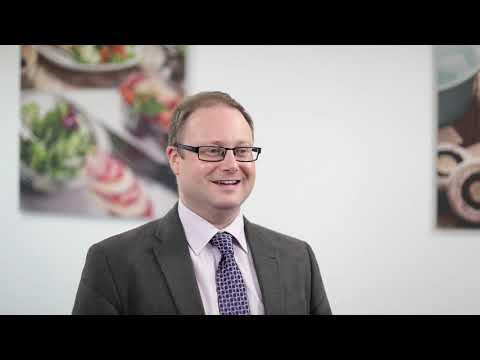 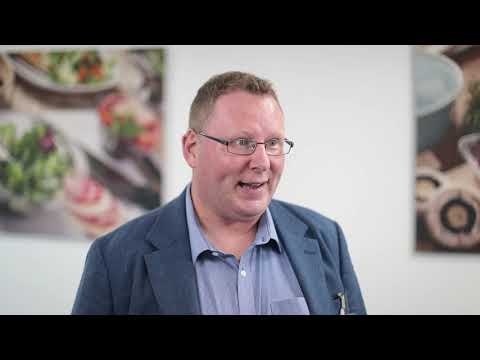 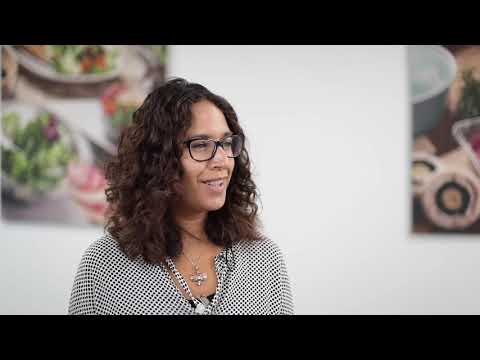