What lies ahead for high-barrier pouches?

A new report forecasts the future of the high-barrier pouch market from 2015 to 2020, including details on new opportunities and applications.

According to a new report, global high-barrier pouch packaging totals approximately 49 billion units and consumed approximately 352,000 tons of polymer materials in 2015. Global high-barrier pouch consumption is forecast to grow at a compound annual growth rate of 6.1% to 2020, reaching 69 billion units and a market value of almost $3 billion. The report, from Smithers Pira, is titled, “The Future of High Barrier Pouches to 2020.”

As the report explains, all flexible packaging films have some level of permeability to oxygen, carbon dioxide, and water vapor. It is rarely economical to use a single film as a barrier because of the large wall thickness and higher cost that would be required. Where a barrier is required, multilayer film structures are commonly used, which typically incorporate a base film—which itself could provide some barrier protection—plus either a higher barrier polymer or a barrier coating.

There is rapidly increasing demand for packaging materials that give even greater protection to their contents, says Smithers Pira. This is especially noticeable in the food, beverage, and pharmaceutical industries. As plastics have become more and more common, concerns have arisen about their ability to allow the exchange of gases and vapors that can compromise the quality and safety of packaged products.

High-barrier pouch demand is being driven by several factors, the study notes, including the ability to incorporate value-added features such as resealable zippers and sliders, spouts, and handles. Technology improvements such as faster machinery speeds and reduced heating times in retort applications are also playing a role. Finally, there are ongoing improvements in materials such as higher-barrier film substrates and coatings with increased heat tolerance and strength.

Food markets (retort and non-retort) are forecast to show the highest growth rates during the period 2015 to 2020 for high-barrier pouches. Non-food markets are expected to develop from a low base level, with drinks and petfood markets growing at the slowest pace.

Juice drinks is the largest area of application for high-barrier pouches in the beverages category, followed by wine. The highest growth has been in fruit compotes and frozen alcoholic cocktails. There has been a slower than expected uptake in flexible pouches by soft drinks producers over the five-year period to 2014. Beverage producers believe it is difficult to convey a premium image with a pouch container that is becoming ubiquitous across many different product categories.

Wine is now available in flexible pouches often employing a barrier coating and bag-in-box packs. Single-serve wine demand is growing, and pouches offer a light, portable, and convenient solution, as well as quality, ease of use, and environmentally friendly packaging.

Stand-up pouches also possess advantages that enable them to replace conventional packaging such as glass bottles and metal tins.

In addition, stand-up pouches generally have a superior carbon footprint, compared with rigid plastics, when the complete supply chain is taken into account. Stand-up pouches also provide all-around graphics and only one packaging component.

The North American and European retort packaging markets have been slower to develop than in Japan due to the competition from the well-established frozen and canned product industries. In Japan, where these industries were smaller, the development of retort pouches has been stronger. Furthermore, the widespread adoption of the microwave oven and ever-growing time-pressure on consumers is stimulating demand for convenient microwavable ready meals in pouches.

While there is overall growth expected in the high-barrier pouch market in 2015 to 2020, the more mature markets of Western Europe, North America, and Japan are forecast to grow sales at less than global market average rates during the forecast period.

Asia-Pacific countries such as China and India, as well as South & Central America and Turkey, are forecast to grow sales at higher than market average rates. Eastern European demand for high-barrier pouches, on the other hand, is likely to be restrained by a sharp slowdown in the Russian economy. 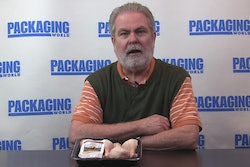 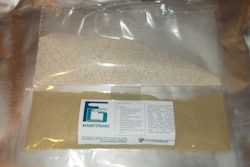 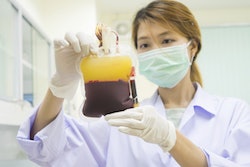