LCI data is used to quantify the savings in energy and greenhouse gas emissions created by recycled PET and HDPE versus virgin materials.

A new study is said to confirm that recycling plastics, specifically PET and high-density polyethylene, results in significant savings in energy and greenhouse gas emissions. The study, conducted by Franklin Associates Ltd., used life cycle inventory (LCI) methodology to quantify the energy requirements, solid wastes, and atmospheric and waterborne emissions for the processes required to collect post-consumer PET and HDPE packaging, sort and separate the material, and reprocess it into clean recycled resin.

Based on the LCI study results and data from U.S. EPA, the generation of cleaned recycled resin required 71 trillion Btu less than the amount of energy that would be required to produce the equivalent tonnage of virgin PET and HDPE resin. In other words, the amount of energy saved by recycling PET and HDPE containers including bottles in 2008 was the equivalent to the annual energy use of 750,000 U.S. homes. The corresponding savings in greenhouse gas emissions was 2.1 million tons of CO2 equivalents, an amount comparable to taking 360,000 cars off the road.

The study should not be confused with a recently publicized report, also carried out by Franklin for PETRA, that stated that PET is the greenest option for single-serve soft drinks versus glass or aluminum. The report generated a swift response from The Aluminum Association, claiming that aluminum is a superior eco-friendly material for such an application.

In 2007, the ACC sponsored a cradle-to-resin, or “cradle-to-gate” LCI for nine plastic resins and two polyurethane precursors that examined current data to quantify the total energy requirements, energy sources, atmospheric pollutants, waterborne pollutants, and solid waste resulting from the production of commonly used plastic materials in North America. The data collected for the 2007 study are publicly available online through the U.S. Lifecycle Database, a project of the U.S. Department of Energy and its National Renewable Energy Laboratory (NREL). The new data from the 2010 recycled resin study will be added to the U.S. Lifecycle Database in the near future. 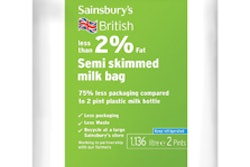 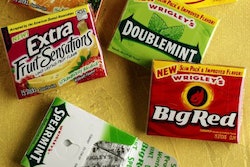 Wrigley says so long to foil wrappers for iconic brands 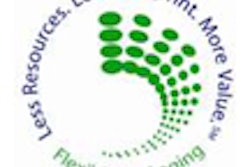