It was madness in the microwave that led Battle Creek, MI-based Kellogg Co. to alter the film structure for vend packs of its Pop-Tarts® toaster pastries. 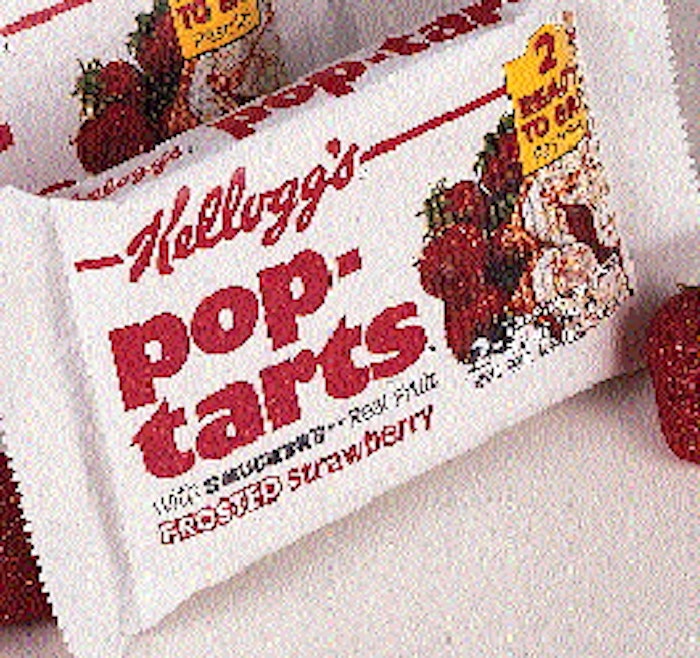 Unsuspecting snackers who purchased product from vending machines--often located next to microwave ovens--tended to insert the entire foil-based package into the microwave despite package warnings to the contrary, says Eric Gripentrog, marketing development associate. Kellogg remedied the problem by switching to a new all-plastic structure, which the company is not revealing. An inner layer is extremely stiff, transparent, and tears only lengthwise, a characteristic that suggests oriented high-density polyethylene, known for its preferrential tear and high barrier properties. It also has a cold-seal coating. The outer film carries attractively printed graphics. A "bug" on the package identifes Milprint (Oshkosh,WI) as the converter. According to Kellogg, the new package is microwave safe, though instructions on the package still direct consumers to unwrap before heating. The new package, which is priced in vending machines at 65¢ to 85¢, rolled out nationally in January. Sales have taken off, says Gripentrog, though he won't name specific figures.