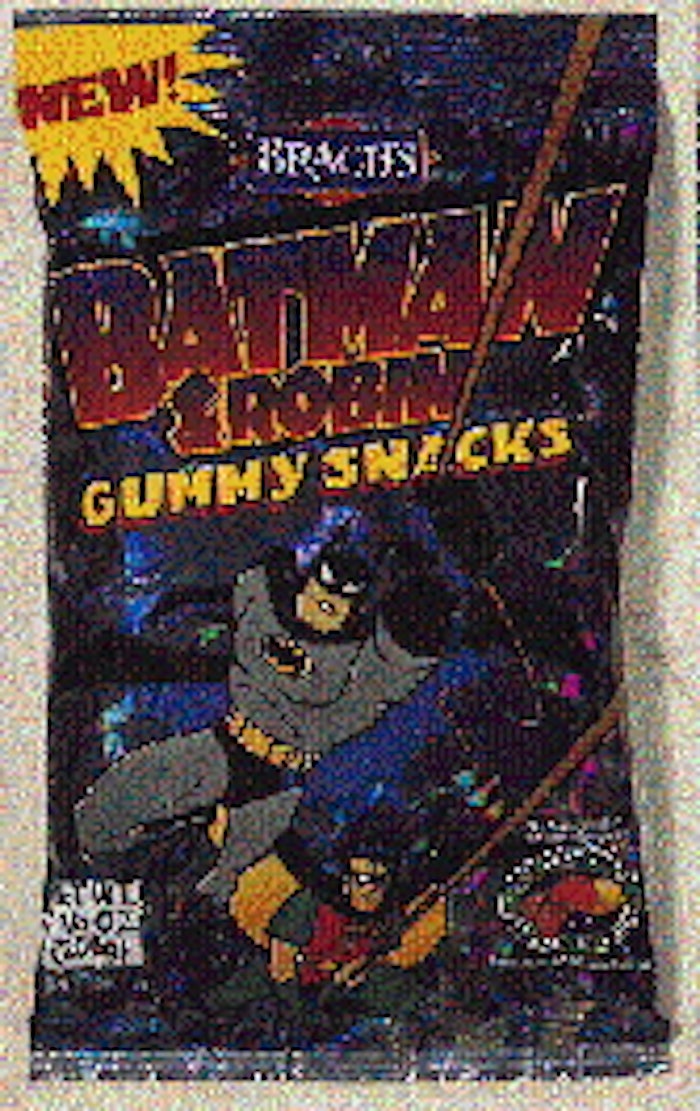 Now available nationwide in 7.25-oz bags that carry a $1.29 suggested retail price, the two entries join Mighty Morphin Power Ranger Gummies (see PW, April '95, p. 66) in a triumvirate that has "major kid appeal," notes Rob Vlosky, product manager for the Chattanooga, TN-based confectioner. Street Sharks will be released as a new television cartoon series this fall, according to Brach & Brock, joining the other two already popular gummy candy characters. Printpack (Atlanta, GA) converts the approximately 2-mil multilayer structure. It supplies coated 75-ga oriented polypropylene to its subsidiary, Applied Physics Research (Roswell, GA), which embosses a holographic pattern onto the OPP. Printpack vacuum-metallizes the film and then reverse-prints a 75-ga OPP film and laminates it to the embossed structure. Finally, that material is laminated to a 48-ga oriented polyester that serves as a sealant layer. Besides its shelf appeal, the structure "helps the product maintain freshness," says Gary Ball, package purchasing manager for Brach & Brock Confections. "Gummy candy contains oil that can leach out through the package and attack the inks. The polyester and polypropylene layers prevent this from occurring."