A contract packager of automotive products, Coastal is also located in West Memphis. Previously, it blow molded its own bottles. The new leased plant begins production with two wheel blow molders that can produce about 75 million 1-qt and 1-gal bottles annually. For the high-volume quarts, CPC uses a 14-station dual-parison wheel that employs the coextruded translucent view stripe at the bottle seam. The stripe allows the user to easily see how much oil is left in the container. Both containers contain recycled plastic resin. The 75-million-bottle capacity will not only fill Coastal's needs, but also allow CPC to serve at least one other customer. Ultimately the plant, opened this fall, has the capability to house six lines. "Making plastic containers is not really our business," says Dave Rippy, president of Coastal, "so we decided to turn it over to the experts. We chose CPC because we were so impressed with them. We toured their facilities, saw their research and met their people." CPC won the contract after competitive bidding. Coastal now concentrates its efforts on production, packaging and marketing of some 80 different products for more than 20ꯠ customers in the U. S. and overseas. It also distributes 1겨 automotive aftermarket products for companies like Texaco, STP, Armorall, Shell Oil and Castrol. "We're extremely proud of our new alliance with Coastal Unilube as sole provider of their containers," CPC president Charles DiGiovanna told the audience at ceremonies opening the facility. "And this plant is strategically located to enhance our marketing opportunities in the South Central U.S." CPC is a subsidiary of Continental Can Co., Inc., the reborn version of the former international packaging giant. CPC was purchased in 1991, and a year later so was the Continental Can name, by Donald Bainton, who had been a president and CEO of the original CCC. After retiring from CCC, he joined Viatech (Syosset, NY) as chairman, and began to assemble an international packaging organization that includes companies that make plastic films, rigid metal cans and some packaging equipment. Once CPC was acquired, the new company, CCC or "CAN" was listed on the New York Stock Exchange. From $6 million in sales just eleven years ago, the new CCC expects to post sales of $500 million in '94. 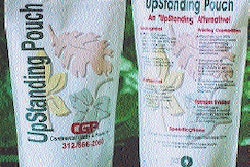 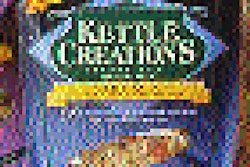 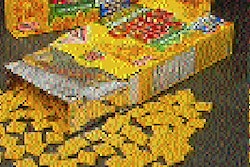