Pat Reynolds
By offering colorant varieties in many small tubes and paint in just two varieties, Coldec is able to present 52 colors to consumers in a very small amount of space.

A standup pouch with a convenient pour spout and an integral handle on the back is the key to a fresh approach to selling house paint in the Netherlands.

It’s not the 2.5-L pouches that contain the many color varieties. In fact, there are just two pouch varieties: pastel or saturated. The color varieties enter the picture by way of small 100-mL tubes of colorant. Consumers pick the color they want by selecting one of 32 tubes. At home they empty the tube into the pouch and shake it up. With that, they’re ready to paint.

“When mixing a red colorant in a pouch of pastel paint, you get a soft shade of pink,” says Dick. “When the same colorant is mixed in the pouch of saturated paint, the color will be bright pink. Altogether, the Paletto Mix & Shake bag offers 52 colors.”

Dick admits that the two-container approach could have been executed in some other, more traditional format like a can or bucket. Plastic cans have become very popular in the paint category, for example, and indeed, Coldec could have gone with a tube and a plastic can. This would probably have achieved a similar combination of multiple color varieties occupying minimal shelf space. But once Dick and her team became aware of the NorSpoutBag from Mondi, it won them over for three key reasons. First and foremost was differentiation. No other paint comes in such a format, and the billboard graphics on the standup pouch are sure to grab the eye of any shopper who ventures down the paint aisle.

The other thing about the NorSpout Bag format that Coldec really likes is that it scores a lot of points in the sustainable packaging game. Compared to cans or other rigid packs, countless more flat, collapsed pouches can be shipped to Coldec’s filling line in far fewer trucks.

As if differentiation and sustainability weren’t enough, the pouch is also superb in the area of product yield. The last ounce is easily squeezed out of the collapsed pouch, which leads to another sustainable packaging gain. “So little paint is left in the pouch,” notes Dick, “the consumer can toss it in the household waste rather than worrying about having to put it in with chemicals and so on.”

Mondi describes the rollstock it uses to make the pouch as a “standard coex film” to which is laminated an OPA (Oriented Polyamide) substrate that is reverse printed flexographically in eight colors. The pouch-making equipment used is from B&B-MAF. The NorSpoutBags for Coldec are made in Mondi’s Steinfeld, Germany, plant, but they can be made in Mondi’s plant in Jackson, MO.

As for the integral spout and cap, it’s a polypropylene base and a 25-mm polyethylene cap that are both injection molded by Menshen.

Filling of the paint pouch is done on a one-up volumetric system actuated by a foot pedal. It was built pretty much in-house by Coldec president Ron Bleize. Should volumes increase the way the firm anticipates, says Dick, a more automated system will be put in place. The same is true for application of the caps.

Introduced in the Netherlands in August last year, one pouch and a tube of colorant go for about 25 Euros. That buys the consumer about 125 sq ft of coverage.

Dick acknowledges that the pouch costs more than the conventional buckets or cans, which Coldec also fills and markets. But the consumers being targeted are the kind of people who are far more interested in quality, value, and convenience than price, price, price. They know convenience when they see it and are willing to pay a little more for it if need be.

On a concluding note, it’s worth mentioning that this package recently won a Package of the Year award from the Association for Dressings & Sauces. The association sees the package as an exceptional solution for future applications in dressings and sauces. 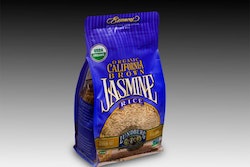 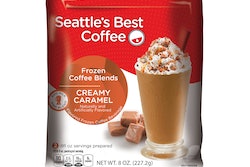 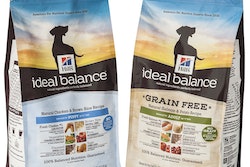