“It’s always good to have fresh, innovative packaging that relates to consumers,” says Steve Mura, manager of consumer promotions for Sara Lee Bakery. “This adds another level by using real kids to help communicate to moms and kids.”

The image, which depicts three girls and two boys engaged in sports activities, is the first time real children have appeared on the company’s products. Brand manager Carla Schaeffer believes the images are unique in the category. “Showing real kids doing active things breathes life into the packaging,” she says. “We also needed to strengthen our calcium and fiber claims on the packaging.”

The structure for the premade bags remains the same: Printpack’s (Atlanta, GA) three-layer, 1.65-mil polyethylene-based Clear Choice® film, which is flexo-printed in seven colors and converted at Printpack’s Bloomington, IN, facility. However, prepress improvements result in truer flesh tones than could be achieved before. The bags are then shipped in bulk to about 60 Sara Lee bakeries around the country. The graphics were handled by Obata Design (St. Louis, MO).

Although no time frame has been set, Mura says the new packaging will likely be used for about a year: “And then we’ll build on that to keep things fresh, maybe by having more kids win.”

The winners, shown on the bags, were selected from a contest for kids ages 6 to 14 launched last May as part of IronKids’ 10th anniversary promotion. Entrants submitted an essay on what it means to have a “healthy mind and body” accompanied by a photo of them in a related activity. A grand prize winner was chosen from among five age groups. Winners also receive a $5ꯠ scholarship. —RL 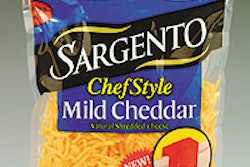 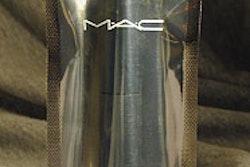