Refrigerated shelf life is six days and the food can be cooked in the microwave oven in under six minutes. The tray portion of the package is thermoformed polypropylene. The clear film lidstock is considered proprietary. Attached to the lidding material is a unique one-way valve that performs two critical functions. First, when internal gas builds up as the fresh produce respires, the valve permits that gas to be released at a carefully controlled rate. Otherwise, a six-day shelf life would not be possible, as the package would burst. The other critical function performed by the valve is what it does in the microwave oven. The whole idea behind the Dream Steam concept is that as food products in the package are heated by the microwaves, moisture content in the products generates steam that cooks the food. But if the one-way valve didn’t release internal pressure at a controlled rate, the package would burst, and controlled heating of any kind would be out of the question. First to commercialize this new technology was the Swiss supermarket chain Migros, which has sold its Voilà line in the Dream Steam package for about one year now. Consumers pay the U.S. equivalent of about $3.50 for approximately 12 oz of food. 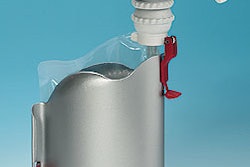 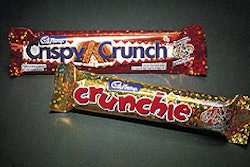 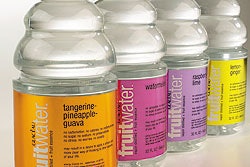