Reverse auction for polyethylene film yields instant savings. Other materials are next. 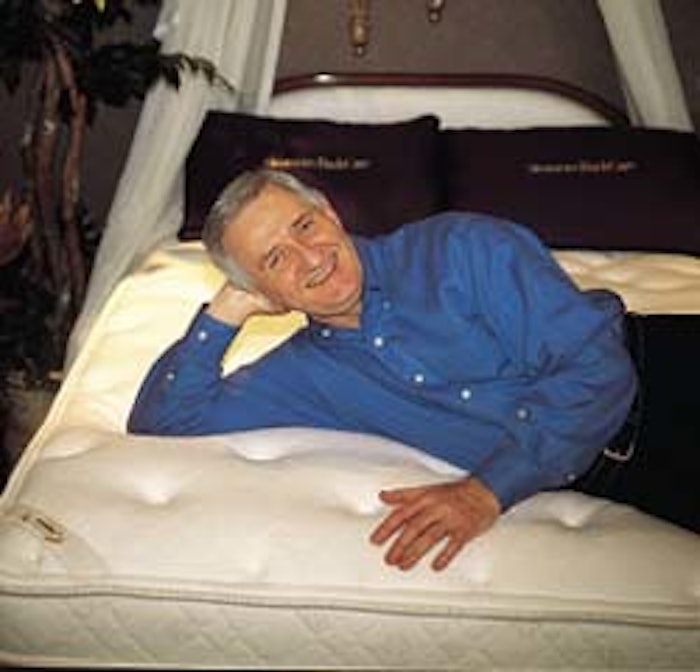 In just one day, venerable mattress maker Simmons Co. reduced by $417ꯠ the amount it plans to spend over the next year on polyethylene film for wrapping finished mattresses.

Simmons conducted what is known as a reverse auction in Nov. ’99 using the services of Waltham, MA-based SupplierMarket.com (www.suppliermarket.com), an online marketplace that matches buyers to suppliers of manufactured products.

The cost savings were so significant that Simmons is aggressively moving to source other materials online. More recent reverse auctions conducted for corrugated packaging have yielded reductions approaching 20% compared to what Simmons had been paying. “That’s almost another hundred thousand dollars,” says Leo T. Brennan, vp of material management.

Just as important as the cost savings is the time savings. “Basically, Supplier Market.com takes on the responsibility of finding sources for you,” says Brennan. He acknowledges that he’s relinquishing an important step in the sourcing process, but he feels SupplierMarket.com can bring in a greater number of suppliers than Simmons can, mainly because that’s the Internet firm’s full-time focus.

Anatomy of a reverse auction

Most people are familiar with the concept of an auction: several buyers bid on an item from one seller. In a reverse auction, several sellers bid on the business from a given buyer. Typically that “business” is in the form of a commitment to buy a given quantity of items over a given time period.

The first step of Simmons’ reverse auction was to create, with Supplier-Market.com’s help, a request for quote (RFQ) that defines in detail how much film each of its 18 nationwide manufacturing plants will buy over the next year.

Simmons aggregated all the plants’ purchasing volume into two separate RFQs—one representing demand from plants in the eastern half of the U.S., the other for the western half. (Simmons also created a third RFQ representing the entire U.S. volume, just so it could compare its options.)

The RFQ also contains material specifications, volumes by location, a formula for handling resin price fluctuations, minimum inventory requirements at the supplier’s plant, next-day shipment requirements, and so forth. Most important, the RFQ specifies a series of performance tests that the film must pass. The next step is to “package” up all aspects of the purchase to enable suppliers to bid a single dollar amount that would cover the entire RFQ.

Once the RFQ is finished, it is posted to the SupplierMarket.com site. The buyer can also post any related documents, such as CAD drawings, spreadsheets or word- processing documents.

Once the RFQ is posted, SupplierMarket.com combs through its database of more than 6ꯠ suppliers (of a wide range of products, not just corrugated or film). It arrives at a short list of pre-qualified suppliers and invites them to bid on the business. In the case of Simmons’ polyethylene film RFQ, eight suppliers participated.

If suppliers have any questions about the RFQ, they may post questions to the RFQ bulletin board on the site. This triggers an e-mail that notifies the buyer. Once the buyer posts an answer, all suppliers involved in the bid are notified that a response has been posted.

The next step is the actual auction, during which the actual identity of all parties is kept anonymous. However, the buyer can click on an alias representing each bidder and view profile data such as geographic location, annual sales, number of employees, technical certifications, materials and processes used, etc.

Aliases aren’t necessarily foolproof, says Brennan. “If you really know your industry, you might get a pretty good idea which supplier is behind what alias,” says Brennan.

He also points to a unique aspect of the auction concept: “The interesting thing is the last 20 minutes of the bid cycle is when the activity starts,” says Brennan. If a supplier bids in the last five minutes, the auction is automatically extended another five minutes to give other suppliers a chance to respond.

After the auction ends, the buyer chooses the winning supplier(s). The identities of buyer and supplier are revealed to each other only after the buyer picks the winner. At that point, both parties enter a due diligence period, where, for example, the buyer may tour the supplier’s plant. Or the buyer may rescind the contract and select another supplier, if the performance criteria stipulated in the RFQ cannot be met.

In Simmons’ case, it awarded the business to two suppliers. What’s most interesting is that the suppliers were the same two that Simmons had been using previously. Nor were the bids the lowest.

“The difference between the lowest bidder and our two current suppliers was less than one percent,” says Brennan. He adds that choosing the new supplier would have meant a two-month qualification process, whereas the current suppliers were able to offer immediate savings, plus the comfort factor of dealing with a known supplier.

Nevertheless, Simmons is grooming one of the new suppliers it discovered via the auction to be a fully qualified supplier for next year’s bidding.

SupplierMarket.com doesn’t charge the buyer anything to use the service. Instead, it charges the seller a “finder’s fee” of 2% to 4% depending on the total value of the winning bid. (The fee is 4% up to $100ꯠ 3% from $100ꯠ to $500ꯠ and 2% of anything over $500ꯠ.) Brennan confirms the service didn’t cost Simmons a cent.

Brennan acknowledges that for better or worse, procurement is entering a brave new world. “In the past, if you were to take someone’s bid and show it to another supplier [to get a better price] and then showed both [bids] to a third supplier,” suppliers might frown on such behavior.

“Somehow you do the same thing on the Internet and it’s considered okay.”