"Get more out of your faucet than just water," is a marketing slogan used by Peerless® for its line of faucets sold at retail. A similar line, "get more out of your packaging than just containment," would be equally appropos in describing the advantages provided by its new molded pulp inner trays and flexo-printed cartons. Peerless Faucet Co., an Indianapolis-based division of Masco Corp., began making the packaging changes last April. The trays, from Molded Pulp Products (Cincinnati, OH), enhance cushioning compared with previous skin-packs. Each tray fits within an outer carton, printed flexographically in three process colors plus varnish, by Lewisburg Container (Lewisburg, OH). "One of the skin-pack's problems was returned goods," says Gary Chambers, packaging engineer. "We've found that a lot of people like to look at the faucet within the package. When they opened cartons to touch and feel the faucet, they sometimes tore the plastic skin, making the pack look pilfered or allowing product to fall out. That product then had to be returned to one of our two manufacturing plants." The plants, a 750ꯠ-sq-ft site in Greensburg, IN, and a 450ꯠ-sq-ft facility in Chickasha, OK, both would have required additional skin-packing machines to handle growing product demand. That potential capital outlay provided another reason for the switch to the pulp trays. Peerless was also dissatisfied with package graphics that did not serve retailer needs. With those factors in mind, Peerless pursued alternatives. "We wanted to avoid buying new skin-packing machinery, and we also wanted to improve the look and cushioning of our inner pack," recalls Chambers. "We decided to move into the molded pulp tray." The approximately 2 1/2"-deep tray fits snugly within the outer carton. Plumbing parts are packed within various recessed areas of the tray created during its manufacture (see sidebar, page 33). These recessed areas prevent faucet parts from slipping out of the tray, even if the outer carton is opened. "Our valves, which are part of the faucet packs, are quite heavy," Chambers says. "We have to make sure they remain secure within the tray so that they aren't damaged during shipment, and so they don't damage other faucet parts, or the outer carton. All components are basically locked into the recessed areas of the tray. In addition, color is added to the molded pulp to make the package more attractive at retail. The rich blue-colored tray is visible through a plastic film window glued to the inside of the primary carton panel. This provides an attractive background to display our products." At about the same time that Peerless switched from the skin-packs to the molded pulp trays, it also redesigned the product cartons, going from a preprinted litho-laminated structure to a flexo-printed corrugated carton from Lewisburg. "We had a number of limitations with our previous cartons," says Chambers. "First, we had to order the preprinted liner in large quantities, enough to create from 10ꯠ to 50ꯠ boxes. This required a large financial commitment and it created inventory problems. "Another limitation," he continues, "is that we needed to be able to make carton graphic changes more quickly to meet our marketing demands. Ordering cartons in such large quantities made it difficult to make quick graphics changes." Since making the switch to the flexo-printed 200#, C-flute cartons, Peerless has eliminated the need for ordering preprinted liner in such large quantities. Additionally, the company was able to consolidate to 13 carton variations, from the 22 previously required. "We had had so many different carton graphics within the Peerless product line. This was confusing to consumers in the marketplace," Chambers recalls. "By reducing the number of carton graphics, we've created a stronger family look. All our graphics use blue as a primary color, with gray, red and white trim. Significantly, we've also increased the size of our Peerless logo. The logo and blue color really give our product line a strong brand equity on the retail shelf." To further enhance the package's presence on the shelf, Peerless has made a change in the pressure-sensitive label it applies to each carton. "We used to apply a label at a corner of the carton that was visible to consumers from only two sides," he says. "This allows the retailer the choice of three orientations to stack our cartons, conserving shelf space while making it easier for the consumer to identify the model he or she wants. The changes Peerless has made to its packaging, says Chambers, "have improved the protection of our product, reduced returns, improved the look of the product on the shelf, made our product easier to pack at the factory, and made graphic changes easier. By reducing labor and material costs, we have helped offset the spiraling increases in corrugated and paper we've experienced in recent years." 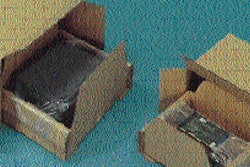 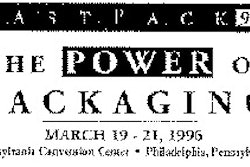 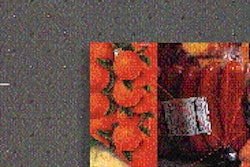