Capturing the essence of the most popular film last year and merchandising it to several different countries became a 'titanic' feat.

Melanie King
Though suppliers in individual countries, such as Japan, Brazil, Taiwan and France (pictured left to right) printed the ?everyma

It's an understatement to say the movie Titanic was a success. To be equally successful in releasing the home video internationally, Hollywood, CA-based 20th Century Fox Home Entertainment had a lot of factors to consider. Fox needed to print the packages in several languages and follow numerous codes regarding home videos in various countries. Possibly most important, Fox wanted to make the video package as special as the movie.

Fox and Paramount Pictures released Titanic as a joint business venture, with Paramount maintaining North American distribution and Fox handling all of the international distribution. Fox wanted to create the same excitement internationally as the movie has generated in North America. To achieve this tall order, Fox turned to AGI, Inc. (Melrose Park, IL) to produce packaging in three varities: the Limited edition package, the Widescreen Deluxe Package for more than 20 countries and the "everyman" package for Latin American countries.

Fox had CBO Designs (Hollywood, CA) develop the style guide for the entire packaging, advertising and collateral campaign. "The style guide shows the international territory exactly where to place type, logos, images, etcetera," says Murphy. "We also call out colors and printing technique directions. Each country will then go to an agency and customize for local language and local sizing issues." By having this style sheet for the international release, the various converters in countries other than Latin America were able to keep all of the materials consistent in look and image.

To design the style guide, CBO used the original key art: the faces of the two lead actors and the ship.

The three package varieties AGI produced were offset-printed in six colors on paperboard, which included a four-color process and gold and white in the title treatment. The paperboard was also foil-stamped with foils supplied by Crown Roll Leaf, Inc. (Paterson, NJ). The paperboard was then sent though the press again for a UV gloss coating, pearl coating and a matte varnish. Finally, the paperboard was embossed and die cut.

With international releases starting in September '98 and the limited edition and widescreen versions of the movie set for international release at the beginning of the holiday season, Fox needed everything to go smoothly. The company supplied AGI with the print priorities of what needed to be run in what order based on release dates in various countries. AGI then produced a production schedule. Murphy says AGI handled the complicated production well. "If anyone deserves accolades for the success of the [international] release of the movie, it's AGI," says Murphy.

All this planning and organizing has paid off, according to Murphy. The international release of Titanic has sold more than any other video to date. "Our territories recount story after story of the retailers who bought more because the packaging was so spectacular," says Murphy. "One of the best compliments came from one of our studio competitors in Asia, saying that they were amazed with the scope of our in-store presence and how it diminished their product." 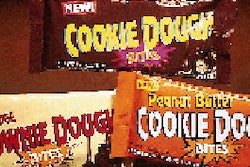 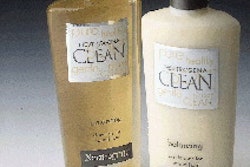 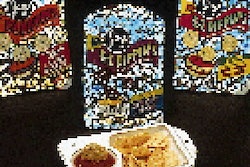 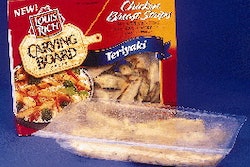