Consumer survey documents quickly shifting food shopping behaviors in response to COVID-19 and explores whether these habits will continue post-pandemic. 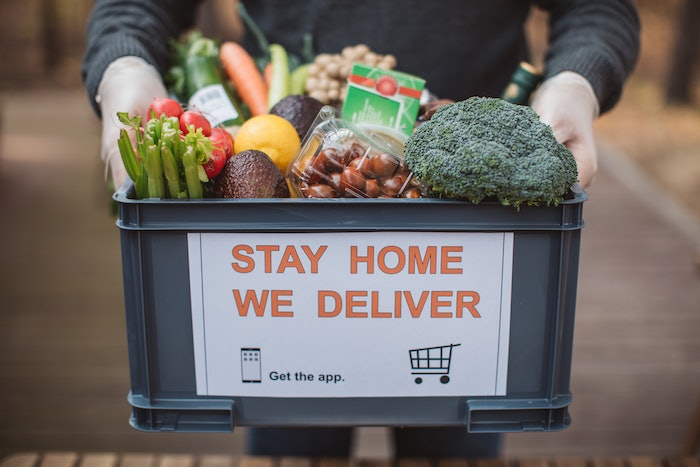 By early April, online grocery ordering was continuing to surge, with 51% of shoppers placing an order in the four weeks ending April 7.

Since early March, when the COVID-19 pandemic first began affecting consumers’ shopping habits, Consumer Packaged Goods sales and marketing agency Acosta conducted three rounds of research related to how these behaviors continued to shift. In a report released April 22, Acosta found shopper concern over the pandemic was escalating, especially among older households and those in hardest-hit areas.

“While we’re still seeing new trends form week-to-week, like the prioritization of comfort foods over pantry and paper products, we’re also seeing trends solidify with e-commerce continuing to surge and in-store trips continuing to decline due to growing concern,” said Darian Pickett, CEO of Acosta. “Our research shows that shopper concern continues to increase as weeks go by. In our first shopper survey from March 6 to March 12, concern levels averaged 6.9, and now it’s risen to 8.2 out of 10. That said, we’re optimistic these concerns will reverse with more than half of shoppers surveyed noting they expect their shopping habits to return to ‘normal’ once the pandemic is over.”

Acosta’s third COVID-19 research report, gathered through online surveys conducted between April 3 and April 7, provided insight into both current and future consumer behavior, including changing habits and preferences. Among them:

·     In line with recommendations from the Centers for Disease Control, shoppers were making 52% fewer store trips.

·      Online grocery ordering was continuing to surge, with 51% of shoppers placing an order in the four weeks ending April 7.

·      Shopper priorities were beginning to shift, with comfort foods edging out pantry and paper products for the first time. Shoppers reported sweets, frozen pizza, and salty snacks topped their shopping list for the upcoming week.

In surveying consumers about their expected post-pandemic shopping behaviors, Acosta found that:

·      Sixty-eight percent of shoppers believe it’s extremely or very likely that their grocery habits will return to normal once the pandemic is over.

·      Fifty-eight percent said it’s extremely or very likely they will return to the same eating out routines they had before.

·      Fifty-six percent believe it’s extremely or very likely that they will eat at home more than they used to for a while.

·      Thirty-one percent said it’s extremely or very likely they will do more online grocery pick-up or delivery than they did before.

Podcast: “How Contract Packaging/Manufacturing is Impacted by COVID-19”

“COVID-19 Brings Increased Visibility to the Role of Robotics”

“A Global Look at Business in the Days of COVID-19”

Get more information on COVID-19 and the packaging industry here.