I'm just back from Denver, where I attended the Craft Brew Conference. It's one we try and attend every year because, first of all, it's got a lot of implications for packaging equipment, packaging machinery, everything from a depalletizer to a palletizer and everything between. Fillers, labelers, case packers. Also some interesting materials, whether it's glass or aluminum or a new substrates that we haven't heard of yet. And finally, Craft Brew Conference tends to be a bellwether. A canary in the coal mine for other consumer trends and behaviors. So always a good one to attend.

And if we're going to go, there's one thing that we just can't miss. And that is Bart Watson. He's the chief economist at the Brewers Association. Bart Watson state of the industry address, always tons of nuggets to glean from that. This year was no exception. But as you can imagine, the number one topic at hand, especially for the year of 2020, ended December 2020, some better news since then, but end of 2020 was dismal for a craft brew. The first time in a long time, anybody can remember a down year or compared to the year over year, previous year for a craft brew production.

The year 2020, it was down 9%, in fact. A lot of reasons for that. But the number one reason is the channel shift that got a lot of these breweries. The channel shift, meaning that for every brewery that was heavily indexed in, whether restaurants, food, service, taprooms onsite, on premise, all of that shut down for a certain period of time during the pandemic. And even when it came back, it didn't come back 100%. So breweries that already had existing strong packaging lines, whether bottles or cans and retail and distribution, they were able to pivot pretty quickly, but not everybody had that luxury. So that was an ongoing thing through 2020, a down year. Things picked back up again in early 2021, at least as long as he's been able to get data for 2021 and things are looking better, but there's some ongoing issues that brewers are facing.

And the number one issue is the supply chain and the disruptions around supply chain. Every input, whether it's carbon dioxide, aluminum, because we're consuming so many more cans onsite on our own house, as opposed to drinking draft beer at a restaurant, at least during the pandemic. That was ahead of being hit back down the total amount of aluminum available.

So input costs are going up, but brewers are slow to increase their prices and pass them along to their consumers. And why is that? Well, the rosy way of looking at that is most likely, this is just a temporary thing. We're hoping supply chains get back to normal. Why pass on the cost of the consumers when it's just going to go over back soon enough. That's a possibility. But another likelihood is that it's just a maturing industry. It's an industry that is getting towards capacity in certain spots. Getting towards carrying capacity, depending on the locale. Some places it's one in one out for new breweries. In fact, there were more new breweries this year, more than would've expected. We actually had positive growth, but that pace of growth for new breweries year over year is definitely slowing down quite a bit, indicating a maturing industry.

So that's kind of the general new you at the moment, but there's also some bigger background issues that brewers are having to shirts themselves to see what they're going to be next to reinvent themselves, because there's some demographic, generational shifts that aren't as immediately impactful as a pandemic, but over time they're tectonic, and they just change the landscape.

We have established the craft brew is a maturing industry. Well, the craft brew consumer in general, at least its traditional target consumer is maturing as well, leaving this underswell of the next generation, generation Z who are coming, of age becoming 21. And this is massive market that craft brew was currently 93% white and 76% male dominated in ownership is going to have to appeal to. Now generation Z, amongst all of their different preferences and behaviors, one of the primary calling cards from this generation is diversity.

So the brewers association is rolling out all sorts of programs. One is BRU, which is an acronym for Brewing Respect and Unity Coalition. Another is Thrive, which it's pushing towards building safe, inclusive, equitable cultures at breweries. And another is #NotMe, which is, I believe a positive outgrowth of the Me Too movement where it's an attempt to avoid, or at least easily report, any bad behavior that might be occurring, whether based on gender, sex, or sexual preference.

So all of that's occurring in this new, more diverse marketplace. Flavors are changing as well. The most impactful slide I saw compared the evolution of Miller Light in the early eighties, to more recently, Truly, seltzer. What's going to be the equivalent evolution of those original Anchor Steam or Boston Lagers, to what is going to be the next thing to grab a hold of this new generation and capture that new market. That remains to be seen. We'll be watching it closely, but that's all the time that we have today. 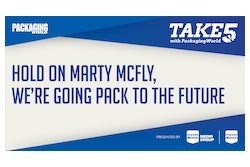 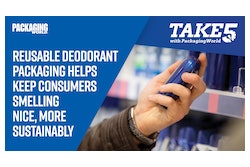 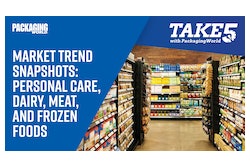