With 12 years of experience working in warehousing, Christopher Calderhead never expected that one day he would work with robots.

He has been working in the overseas warehouse of Winit for about a year. As an outbound team leader, he makes sure the system runs smoothly, and orders are fulfilled daily. "Working in a warehouse is tough, especially manual handling. People usually get sick because of bad backs. There's a lot more locations you have to go to. Therefore there's more walking you have to do. At the end of the day, you just want to go home and relax for the rest of the night because you've been worn out from work manually. You don't even have much energy to spend time with your kids," Calderhead said.

About 100 robots were deployed in Winit’s warehouse near Birmingham, in central UK. These computer-controlled robots walk smoothly in the 30,000-plus-square-meter warehouse to help the workers pick and sort goods.

As a result, the goods-handling efficiency for the Winit warehouse improved three to four times more than manual work with a daily handling volume of up to 50,000 pieces.

“With the robotic system we make less mistakes. Because there are clear instructions for each action and when we pick wrong goods the system blocks it. And an easy-to-handle process is in place when something unusual happens. The system saves a lot of manual efforts,” he said.

The warehouse owner, Winit, is a Shanghai-based provider of overall solutions for cross-border e-commerce and runs overseas warehousing and distribution services in Australia, the United States, and several European countries.

But the company was confronted with even harder challenges as the demand for global warehousing services surged dramatically with the growth of cross-border e-commerce businesses in the past two years.

One major challenge for Winit is the huge number of SKUs owned by different merchants that has raised concerns about warehouse storage density and picking efficiency. To address this, the company went to Hai Robotics to automate its order-fulfillment center operations.

Hai Robotics, founded in 2016 and a manufacturer of ACR systems, customized a solution plan for Winit in the project.

The warehouse automation project provides 120,000 storage locations with shelving height of 4.3 meters in a 10,000-sqm warehouse in Tamworth, Staffordshire. Hai Robotics is deploying 100 HAIPICK A42 robots and 16 on-conveyor picking workstations in the warehouse. Realizing automated storage and retrieval functions, the average efficiency of it reaches 450 cases/hr.

A flexible warehousing solution that can be swiftly deployed is critical for cross-border warehouse owners due to the soaring demand. Winit, who found no shortcuts to address those concerns, found the Hai Robotics’ solution a good match for the needs of high storage density, goods-handling accuracy, operation efficiency and flexibility.

According to the warehouse manager, “These smart robots have well met our expectations. So far, Winit has helped more than 3,000 Chinese cross-border merchants export to the UK. We picked Hai Robotics as our autonomous robot supplier among several other companies because it is one of the first developers. Its system has better stability than that of others, and its staff is professional. So we chose them.”

With the project with Hai Robotics going live, Winit saw its warehouse throughput spiked, comfortably accommodating the inrushing order-fulfillment requests for cross-border warehousing and logistics from merchants around the world, driven by the online shopping boom since the COVID-19 lockdown.

The solution has improved storage density by 60% and picking efficiency by 50% in the warehouse with over 100,000 SKUs. The current on-time delivery of Winit is close to 100%.

Since the start of the COVID-19 pandemic, the overall service and operation of Winit has not been affected materially despite the difficulties and disruptions of global supply chain with the help of Hai Robotics.

The implementation of HAIPICK system has enabled Winit to maintain its on-time delivery while ensuring the completion of orders. So far, the company has helped more than 20,000 Chinese merchants to export their goods to the United States, the United Kingdom, Australia and European countries.

Fill out the form below to request more information about Hai Robotics, Winit Partner to Boosts E-commerce Warehouse Automation in the UK
Related Stories 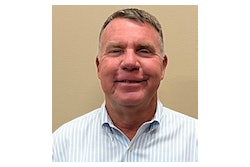 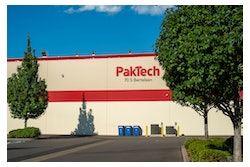 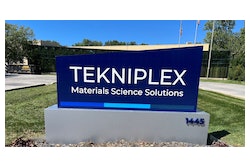 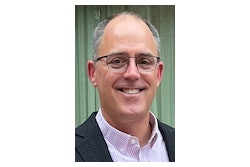