Garrido Printing Equipment, Inc. converted one of its warehouses into a FAT center where distributors and clients could send their technicians to get trained on the Garrido line of equipment as well as perform machinery testing prior to shipment.

Miami-based Garrido Printing Equipment has been located in the same location since Diego Garrido first purchased the warehouse bay at 7258 NW 66 St in 1989. He quickly tripled his space when he acquired a double unit next door in 1992 and then in 1996 purchased the unit to the other side. Over the years this is where Garrido slowly built a company that one day would become a force in the packaging industry.

Garrido’s sons, Juan and Nicolas joined the company in the late 90s and early 2000s. He had a vision to open a packaging division to focus on the U.S. market through distribution partnerships. In 2007 the Advantage Machinery line of equipment was formed and introduced at PACK EXPO Las Vegas in 2009. A slow and steady organic growth ensued. Garrido grew its client and distribution base and with that sales started to increase. With the increase in sales came an increased emphasis on the company’s foundation, service and support. The parts room started to get full and the stock area for standard machines was getting tight. In early 2021 Garrido had the opportunity to purchase another warehouse unit two doors down. This unit would help the with the increased stocking levels. Shortly after acquiring the new warehouse unit, the warehouse in between became available. The Garrido family jumped on the opportunity to be able to connect all the warehouses. The new warehouse would serve a much greater purpose.

Garrido had a vision of having a first class training and testing facility. The warehouse was converted to a large FAT center where distributors and clients could send their technicians to get trained on the Garrido line of equipment. Furthermore this area is able to be used to perform machinery testing prior to shipment. When the training and testing are completed, the conference room provides many comforts and amenities that are not normally seen in these environments. Garrido wants its partners to be comfortable and to feel at home. The conference room was designed with a fusion of classical and modern décor. “When we had the idea of the conference room, we knew of the practicality it had to serve but envisioned it to tell a story of our company” said Nicolas Garrido. “As we look towards the future we need to not only remember where we came from but we want everyone we do business with to know our family’s story as well. We decorated the conference room with artifacts of our company’s printing equipment heritage. We had a conference table custom made that we filled with old printing types, some of which are dated back to the 1800’s. We have original marble printing plates and original letter presses on display. Picture collages of our beginnings line the room. As our father eases into retirement we want him to feel that the company will still keep the same principals and work ethic that he lived. We have this opportunity today because of how he did it!” 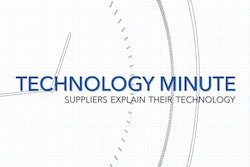 The Future of Packaging Equipment Access May Be in Renting 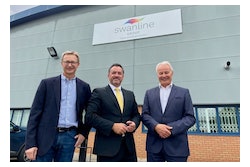