Utz Group, a supplier of load and workpiece carriers made of recyclable plastic is celebrating its 75th anniversary.

Founded by Georg Utz on May 1, 1947, in Zurich, Utz had all the skills that characterize successful company founders. His determination and great foresight helped him to found the company "Georg Utz Werkzeug- und Apparatebau". Despite his great optimism and confidence in the future, Utz certainly did not foresee that 75 years later almost 1,500 people would be employed in a company named after him, and that the Utz Group would become a globally active, recognized supplier of load and workpiece carriers made of recyclable plastic.

It all started with a slide for sewing machines that he developed himself, the zigzag apparatus. This patented product quickly allowed the young company with 16 employees to flourish. Well-known sewing machine manufacturers such as the Singer Group were among the first customers and soon the company, which had meanwhile become Georg Utz AG, was to move from Zurich to Bremgarten in Aargau.

But it is the hurdles overcome that establish the life's work of people and their companies. In 1958, sewing machines with integrated zigzag stitch came onto the market and demand for the Utz solution collapsed abruptly. Utz, however, did not resign himself to this challenging situation, but soon knew how to find new ways for his company.

The thermoplastic material, which was new at the time, presented itself and was to become the material of the future for the company. Turning his vision into reality - that was Utz's real entrepreneurial achievement. The fact that the largest injection molding machine in Switzerland was used in the process deserves special mention. Typical for the time, the Utz product range was wide-ranging. Everything was produced that was technically feasible and demanded by the market: from wash tubs to household articles and, of course, the "RAKO".

Developing storage and transport containers made of plastic was the forward-looking idea that goes back to Utz. Of course, there were already containers for industrial transport. Mostly, however, these were metal constructions: heavy, noisy, cumbersome to handle. There was no talk of standardization or pool concepts yet. Utz AG's first containers were simple replicas made of plastic. In order to realize the necessary bracing to ensure stability, an injection molding tool was developed for a RAhmenKOnstruktion - RAKO for short. The size of the mold, the technical realization and the rapid implementation of theory in practice were trend-setting.

Thus, the first RAKO made of plastic marked the beginning of the success story for the company. Today, the Utz Group produces millions of highly specialized storage and transport containers for a wide variety of markets and requirements. Close cooperation with customers results in a constant stream of new products for the challenges of logistics in transition.

Back then, Utz had focused on the right manufacturing process and the right material, not only following the situation, but with the necessary foresight laying the foundation for a company that today gives many people prospects and employment. The reusable principle and the production from Utz UIC material - recycled plastic - in the sense of the "Circular Economy" as well as innovative manufacturing technologies, make plastic the material of the future.

With the acquisition of the first injection molding machine, it was clear that Georg Utz AG in Bremgarten would have to establish subsidiaries in neighboring European countries. The comparatively small Swiss market did not justify the necessary innovations in larger machines and more powerful molds. So in 1971, the German subsidiary was founded in Schüttorf near the Dutch border. From 1990, subsidiaries followed in Great Britain, France and Poland, and from 2003 in the USA, China and a few years ago in Mexico.

At the beginning of the 1980s, the company founder retired from the company. In the second half of the 1990s, the individual companies were combined into a holding company. Today, Axel Ritzberger is in charge of the Utz Group.

In the meantime, almost a hundred times more people work in the Group's subsidiaries worldwide than were employed at Georg Utz Werkzeug- und Apparatebau in Zurich back then. Nevertheless, the companies past and present have many similarities: There are the people who work together everywhere as in a family business, but also celebrate together - such as the 75th anniversary in May 2022. There is the ambition of all employees to deliver high quality in the interest of the customer and the pride in success. And there are the children, grandchildren, and confidants of Georg Utz, who today are shareholders in the company and thus also assume responsibility and, like Georg Utz in his day, feel committed to the people. 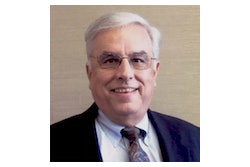 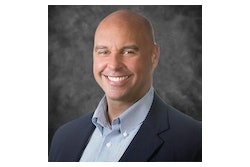 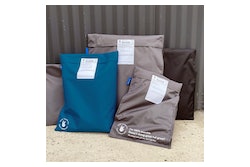