John Bitner, global packaging expert and IoPP Past President, passed away May 14, 2020 in Fort Myers, Florida. He was 75. 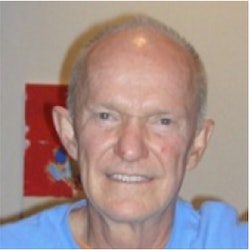 John operated Bitner Associates in the Chicago area, working closely with the Consumer Products Safety Commission for more than 25 years toward the goal of effective packaging. Earlier, John worked as Director, Packaging Development at Watson Pharmaceuticals, and Manager, Package Development at Searle Pharmaceuticals. He was a graduate of the Rochester Institute of Technology, where he studied fine arts. John came to be recognized internationally as a leading expert in child-resistant and senior-friendly packaging, and he contributed heavily to investigative research related to improved seal integrity and higher barrier performance through adhesion technology, advanced tooling design, equipment innovation and award-winning structural design. He was an inventor who received multiple patents for his innovative package designs. John was also devoted to IoPP, which he joined in 1987. He was Member of the Year in 1995, Coordinator of the Drug and Pharmaceutical Packaging Committee in the late 1990s, inducted into the College of Fellows in 2002, and became a CPP Lifetime in 2006. He was President of the IoPP Board of Directors in 2001-2002 and served in various other roles on the board through 2005. John was a frequent judge at IoPP's annual AmeriStar Package Awards competition and a contributor to the IoPP Packaging Education Scholarship Fund.

nVenia, a Duravant company, will hold a Manufacturing Day and Grand Opening event on October 1 to celebrate its workforce and the grand opening of its new headquarters in Wood Dale, Ill.
nVenia
Sep 23rd, 2021

Romark Logistics, a third-party logistics company supporting all facets of the supply chain, has been recognized as a Top 3PL and Cold Storage Provider for the food and beverage industry by Food Logistics magazine.
Romark Logistics
Sep 20th, 2021