U.S. Senator Richard Blumenthal (D-CT) and Congresswoman Chellie Pingree (D-ME) have introduced bicameral legislation to standardize food date labeling. The current array of date labels on food products—such as “sell by,” “use by,” and “expires on”—confuses consumers and contributes to 90% of Americans prematurely tossing perfectly safe food, say the lawmakers. The legislation seeks to establish a uniform national date-labeling system to reduce confusion, simplify regulatory compliance for companies, and reduce the waste of food and money.

“Before taking a swig of milk, many Americans glance quickly at the date label and toss it away, without realizing that it still may be perfectly safe to consume,” says Blumenthal. Items at the grocery store are stamped with a jumble of arbitrary food date labels that that are not based on safety or science. This dizzying patchwork confuses consumers, results in food waste, and prevents good food from being donated to those who need it most. By establishing a uniform national date labeling system, this commonsense legislation will provide consumers with clarity that will help them save money on their grocery bills and prevent perfectly safe food from going to waste.”

“One of the most common arguments people seem to have at home is about whether or not food should be thrown out just because the date on the label has passed,” adds Pingree.“It's time to settle that argument, end the confusion, and stop throwing away perfectly good food,” Pingree said.

Blumenthal and Pingree announced the details of the legislation at a press conference in mid-May in Washington, DC, where they were joined by Emily Broad Leib, Director of the Harvard Food Law and Policy Clinic; Steve Armstrong, Chief Food Law Counsel at Campbell Soup Company; Paul Bakus, President of Corporate Affairs at Nestlé; Carrie Calvert, Director of Tax and Commodity Policy at Feeding America; Pete Pearson, Director of Food Waste at the World Wildlife Fund; and Erik Olson, Director of the Health & Environment Program at the Natural Resources Defense Council.

The Food Date Labeling Act aims to reduce consumer confusion, simplify regulatory compliance for companies, and cut supply-chain and consumer waste of food and money. The bill establishes a uniform national system for date labeling that clearly distinguishes between foods that bear a label indicating peak quality from foods that bear a label indicating they may become unsafe to consume past the date. This bill would also ensure that food is allowed to be sold or donated after its quality date, and educate consumers about the meaning of new labels so that they can make better economic and safety decisions.

This bill is based on recommendations from comprehensive reports from the Natural Resources Defense Council, the Harvard Food Law and Policy Clinic, and the Food Date Labeling Working Group. The bill requires the use of food date label terminology (i.e., “best if used by”) that has gone through consumer perception surveys and has been identified as language that is the most clear and accurate to consumers. It is also consistent with two recent studies, one of which was conducted by the Harvard Food Law and Policy Clinic, the National Consumers League, and the Johns Hopkins Center for a Livable Future, that both found that consumer education and standardizing food date labels are the most cost effective strategies to reduce food waste.

Says Steve Armstrong, Chief Food Law Counsel, Campbell Soup Company, “We applaud Senator Blumenthal and Representative Pingree for their leadership in crafting a bill that addresses a source of consumer confusion—trying to understand ‘use by’ and ‘sell by’ code dating on food packages. Importantly, it would make it easier for companies to donate products to organizations such as food banks, which could help cut down on food waste while helping those in need.”

Paul Grimwood, Chairman and CEO, Nestlé USA, says, “We fully support establishing federal standards to help food companies like Nestlé more clearly communicate with consumers and avoid confusion that leads to unnecessary food waste. Nestlé has already committed to achieve zero waste to landfill in 100% of our production facilities by 2020 and we're well on our way to achieving that goal. Standardizing date labeling is a practical and commonsense approach to giving consumers the information they need to help extend this effort all the way to their own kitchens.” 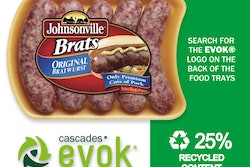 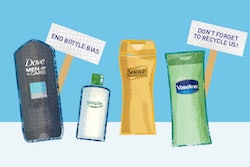 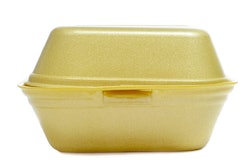 ACC: ‘Styrene is not polystyrene’