U.S. PET container recycling rate for 2014 holds at 31%, while rPET usage in domestic markets hits an all-time high, according to annual NAPCOR/APR report.

The National Association for PET ContainerResources (NAPCOR) and The Association of Postconsumer Plastic Recyclers (APR) have released their “Report on Postconsumer PET ContainerRecycling Activity in 2014.” The report cites a 2014 U.S. recyclingrate of 31% for PET plastic bottles. The 2014 rateis consistent with that of 2013, reflecting year-over-year increases in bothU.S. PET bottle collection volumes and in total volume of PET resin used inU.S. PET bottle production. Gross exports of PET fell again in 2014, continuinga five-year trend, while total pounds of recycled PET utilized indomesticend-use markets increased to the highest level seen to date.

“Wecontinue to see strong domestic demand for recycled PET in fiber, sheet,bottles, and other end market sectors, with more than 773 million pounds ofclean, processed, recycled material closing the loop by going back into theproduction of PET bottles and packaging,” says Tom Busard, NAPCORChairman,ChiefProcurement Officer for Plastipak Packaging, Inc., and President of Clean Tech,Plastipak’s recycling affiliate. “Despite some very realchallenges in 2014, including low oil prices and volatile markets, the NorthAmerican PET reclamation industry continues to process and market more materialthan ever before. Brand companies,retailers, and product and packagedesigners continue to seek out recycledPET’s preferred environmental footprint.”

Total volume of PET bottlescollected increased to 1,812 million pounds in 2014, while the volume of PETbottles in the marketplace and potentially available for recycling increased to5,849 million pounds. PET bottle balespurchased by export markets in 2014 wereat their lowest level since 2004, down another 14% from the significantreductions reported in 2013. Exported material represented 23% of totalpostconsumer PET volumes collected in2014—the lowest percentage of domesticmaterial purchased by exporters since that reported in 2000. Total domesticend-use of recycled PET increased from 1,513 million pounds in 2013 to 1,564million pounds in 2014—a recordhigh—with significant gains in fiber andsheet end-use market categories. This year’s volumes continue the steadyyear-over-year increases in use of recycled PET by domestic end markets, and avirtual tripling of the 552 millionpounds used just over a decade ago.

Both NAPCORand the APR continue to work to address the industry’s ongoing challenges, withparticular focus on how to maximize the capture of PET from the waste stream,reduce non-PET contamination in recycling streams,and encourage awareness andunderstanding of “design for recyclability” principles. This is the tenth yearthat NAPCOR and the APR have partnered to produce this report and the twentiethyear that it’s been issued by NAPCORin its current format. 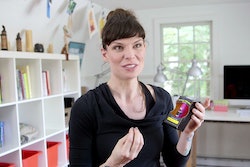 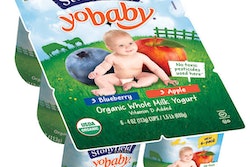 Biopolymers in packaging—some hurdles, but strong signs of growth 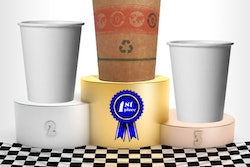