The American Chemistry Council’s (ACC) Plastics Division joined plastics industry leaders from across the world in Dubai in mid-November to create a global action plan for solutions to marine litter. The resulting plan describes actions to be taken and progress to be reported by signatories in 2012. As of Nov. 17, approximately 100 projects have been identified, which will be carried out in 32 countries, in addition to the global activities supported by all signatories.

Recognizing that solutions to marine litter will require global cooperation, the plastics industry is inviting interested stakeholders to join in this action, and also to apply their energy and creativity to developing complementary programs to prevent marine litter.

“Committing to a global action plan that will help bring about solutions for marine litter is a great step forward for the plastics industry,” says Steve Russell, vice president of plastics for the ACC. “The global plastics industry is determined to do its part and to play a constructive role in building new partnerships to create solutions for marine litter.

“Plastics makers from around the globe agree that our products don’t belong in world’s oceans. And, plastics are valuable resources even after use. We look forward to working with partners to implement solutions that keep more valuable plastics in productive use through improved stewardship and expanded infrastructure to grow recycling and energy recovery.”

The "Declaration for Solutions on Marine Litter,” which was announced in March at the 5th International Marine Debris Conference, has been adopted by 54 plastics industry organizations so far. It outlines a six-point strategy for industry action, and advocates close cooperation with a broad range of stakeholders to create solutions for the marine environment. 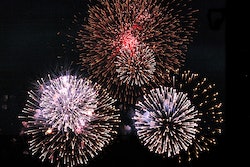 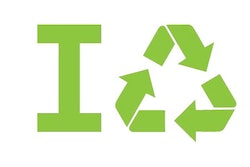