Using crop waste as a biopolymer feedstock is suddenly hot.

Pat Reynolds
Using crop waste as a biopolymer feedstock is suddenly hot. Look no further than Ecovative LLC and its EcoCradle™ material, one of the Diamond Award winners in the annual DuPont Awards competition. The clever twenty-somethings behind this disruptive technology have found a way to combine mushrooms with crop waste to make protective packaging that has all the performance characteristics of conventional petroleum-based protective packaging. What it doesn’t have is the bio-burden baggage that comes with most petroleum-based protective packaging materials. (The Ecovative lads are quick to point out, I should add, that “make” is in fact the wrong word where production of EcoCradle is concerned, since the material is actually “grown.”)

And why is using crop waste so much more desirable than using corn, potatoes, beets, or some other renewable foodstuff currently used in the production of today’s biopolymers? Because with crop waste as your biopolymer feedstock, you aren’t turning food or fuel crops into packaging material. Only inedible waste is used.

Also appealing is how modular and movable many of these crop waste technologies are. They capitalize on regional differences in agricultural output. If cotton hulls are abundant in Mississippi while Iowa is awash in corn husks, both hulls and husks can stay in their own backyard while being turned into sustainable, endlessly renewable, bio-based packaging material.

It’s not just Ecovative that’s creating this crop waste buzz. Look at what PepsiCo is doing with its ongoing work in developing a biopolymer that will let them make PET bottles that are 100% bio-based. Their stated goal is to get to a point where the feedstock used to make this new biopolymer can be the abundant agricultural byproducts that their many business units churn out each day. If they pull it off, think of the efficiency in that manufacturing model, where corn is used to make PepsiCo’s Frito-Lay corn chips and the corn husks are used as feedstock for PepsiCo’s PET Pepsi bottles.

Coca-Cola is another example of a major CPG company looking at crop waste. 30% of Coke’s PlantBottle is made from renewable resources. The feedstock for that 30% is currently derived from Brazilian sugarcane. But work is underway on the next generation of PlantBottle, and the idea in Gen2 is to use feedstock derived from plant waste.

Stonyfield and Procter & Gamble are also looking into crop waste as feedstock for their packaging. Stonyfield currently uses polylactic acid (PLA) derived from corn for its YoBaby yogurt cups. But the firm sees corn as a transitional step and hopes to move to cellulosic fiber as a feedstock once the technology is commercially viable. As senior editor Anne Marie Mohan points out in her recent coverage of Stonyfield, part of that firm’s strategy is to be open and transparent about its use of bio-based materials so as to encourage the more rapid development of alternative feedstocks. “If we can entice other businesses to join us, I think we can expedite that timetable,” says Stonyfield president Gary Hirshberg. “We can, in other words, do it independent of any kind of government support or intervention.”

As for P&G, it recently inked a multi-year joint development agreement with ZeaChem Inc., a developer of biorefineries for the conversion of renewable feedstocks into sustainable fuels and chemicals. Among the feedstocks used by ZeaChem in its biorefining technology: crop waste. Maybe P&G’s Pantene shampoo bottles, currently surgarcane-based, will be sourced from crop waste as a result of the P&G/ZeaChem joint development.

I think the growth and maturation of all these biopolymer developments will be one of the most fascinating packaging stories in the decade to come. I’d keep an especially close eye on Ecovative. They’re tweaking their methodology to eliminate the need for steam as a drying process at the end. If successfully implemented, this new approach should reduce the energy requirements of the entire process to one fortieth of the energy needed to produce EPS foam. That’s one impressive number. 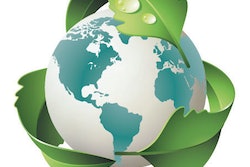 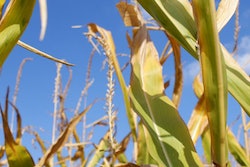 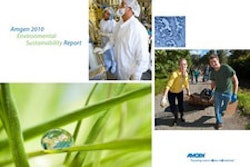