Anne Marie Mohan
As U.S. municipalities, packaging providers, and environmental groups grapple with effective and coordinated methods to change consumer behavior around the reuse and recycling of packaging materials, one strategy seems to have hit the mark: monetary rewards.

Around the country, new programs are emerging that reward consumers—primarily through coupons and discounts—for using less and recycling more. It seems where climate-change arguments may be falling on deaf ears, money talks.

Taking a pass on plastic bags

Just this week, several new programs launched that will put more money in the pocketbooks of environmentally minded consumers. One such program, launched by CVS/pharmacy, called GreenBagTag is designed to encourage shoppers to cut down on their use of plastic shopping bags.

Under the program, consumers who are members of the company’s ExtraCare loyalty program can purchase a 99-cent GreenBagTag. Customers opting to have their purchased products packed in reusable bags or who carry their items out of the store will then have their GreenBagTag and their ExtraCare card scanned at the register. On every fourth scan, GreenBagTag cardholders receive a $1 Extra Buck on the bottom of their receipt. Extra Bucks are like free CVS/pharmacy money that can be used on nearly anything in the store, the retailer relates.

Says Bari Harlam, vice president of marketing for CVS/pharmacy, "We have a long history of rewarding our customers with incentives that are both convenient and beneficial to their well-being. Our new GreenBagTag program provides an easy way for shoppers to take a small step in going green, while also receiving Extra Bucks as a 'Thank you!' for joining us in making an impact in the fight to reduce waste from disposable plastic bags."

While it’s not a new program, RecycleBank® announced over the last week that several new cities have joined its recycling rewards program; 22 states are now involved in the program. Among the new cities served by RecycleBank are Union County, NC, and Sun City, SC, under the management of waste and recycling hauler GBUSA (God Bless the USA, Inc.).

Says GBUSA founder and president Erik Blowers, "With this new recycling program, residents will be able to meet recently passed laws requiring that plastics and aluminum be recycled. And the best part is that there is no additional cost to GBUSA recycling customers—they can turn their recyclables into groceries, gift cards, and more!"

In Texas, Houston Solid Waste Management has teamed with RecycleBank to launch the rewards program in the City of Houston. The first phase of the program will be sponsored in part by Alcoa and Texas Instruments. The program is being launched in conjunction with the city’s new single-stream recycling process.

The director of Houston Solid Waste Management, Harry Hayes, is optimistic about the “cash-for-trash” strategy: “We expect to see a further increase, now that households will be rewarded for recycling. This program is good for both the environment and the local economy. RecycleBank Points translate into savings for residents during these tough economic times. Families may earn up to $540 worth in reward value each year through their household recycling.”

Other recycling rewards programs that have been around awhile that are worth watching include TerraCycle, which donates money to consumers’ charities or schools in return for specific packaging waste; and Nestle Waters North America’s re-source bottle, which can be recycled at reverse vending-style machines for rewards under the GreenOps Tracking System.
Related Stories 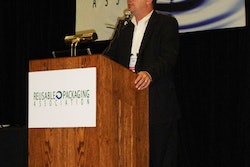 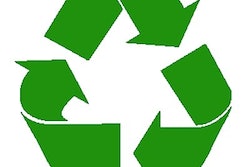 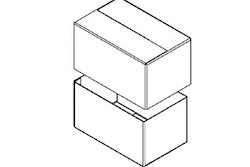 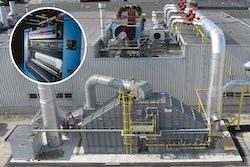